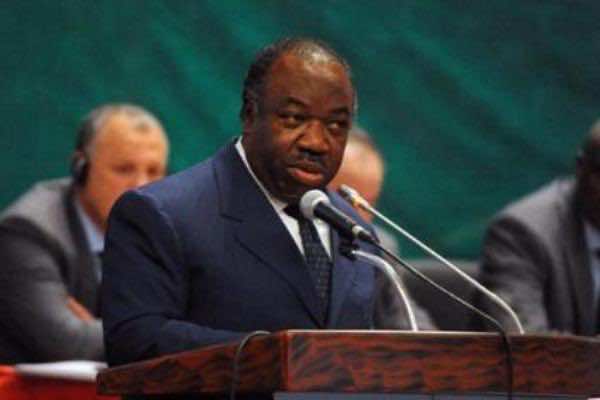 The strategic partnership between Gabon and Morocco is both historic and exemplary, said on Tuesday Gabonese president Ali Bongo Ondimba, stressing that “the excellence of the privileged partnership between countries exacts that multiform links be consolidated and broadened in various fields of common interest.”

Speaking during an official dinner hosted in honor of HM King Mohammed VI, who is paying an official visit to Gabon, last leg of an African tour, the Gabonese president noted that economic and trade exchanges between the two countries are growing, adding that the volume of these exchanges is bound to increase even more given the encouraging results achieved in the last three years and the considerable growth in Moroccan exports to Gabon and Gabonese exports to Morocco.

“Conditions gathered by Gabon to clear and secure the business environment, coupled with the creation of the Moroccan-Gabonese business council, will, no doubt, help to carry out the agreement projects and contribute, therefore, to grant to the Kingdom of Morocco the place it deserves in our country”, said President Bongo.

“The intensification of our ties, that we both wish, is today being concretized with the commitment of Moroccan business operators to support our country in achieving the Emerging Gabon strategic Plan”, said the Gabonese president, praising the initiatives taken by the Sovereign “who succeeded, with determination and pragmatism, in ushering important institutional reforms leading to free and transparent elections, consolidation of the rule of law and promotion of women’s rights” in the Kingdom.

“Today, Morocco can rightfully boasts to be giving to the world the image of an innovating and modern Kingdom where the will of the people is respected”, said the Gabonese president, adding that the regionalization project and the major economic and social reforms undertaken by the Sovereign “command respect and admiration.”

Concerning Morocco’s action in the African continent, Bongo acknowledged that “Morocco’s presence in Africa is undeniable thanks to its standing on the continent and on the international scene, adding that this presence is commensurate to the legitimate and fair ambitions of the country, a founding member of the Organization of African Unity, a promoter of continental initiatives and a staunch champion of euro-Mediterranean dialogue.”

Underlining the two countries’ commitment for peace and stability in Africa and worldwide, their determination to promote dialogue and negotiation, their refusal of terrorism in all its forms and their backing to countries undergoing hardships, the Gabonese president congratulated Morocco “for its outstanding chairmanship of the security council in December 2012” and expressed to the Kingdom gratefulness for its actions for African countries and more recently for Mali and the Central African republic.

In this context, he recalled Morocco’s cancellation of debts owed by least advanced African countries and the training of African executives.

President Bongo also reiterated “Gabon’s unwavering support to the Moroccan initiative to give the Sahara region a large autonomy within the Kingdom of Morocco’s territorial integrity and national union”.