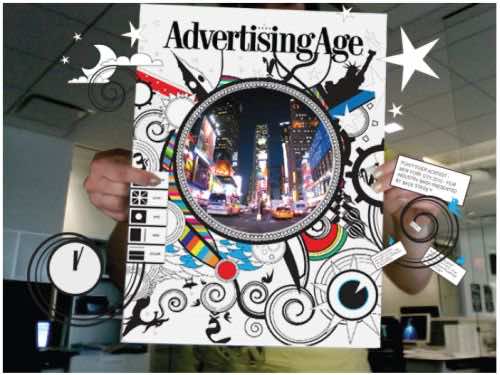 Television is the most remunerative medium when it comes to advertising. It has an influential effect on the mind and even on the subsconscious of the greatest number of viewers. It may seem that advertising is an ideal tool only for reaching people economically, but it is also a good way to attain and maintain contact with people socially, culturally, politically and psychologically.

Therefore, it is believed to be as much powerful as wasteful since it is not a pure and innocent way of selling products. It goes to the extent of changing and affecting society’s attitudes and behavior so as to fulfill its ends and economic purposes.

Advertisers rely on various visual and sound elements to add uniqueness to each advertisement and make it relevant to the targeted audience. With only a few seconds to work with, advertisers must carefully and wisely choose each element and use it to create a powerful message.

The audiovisual techniques used in TV advertising are indeed substantial, but what is complementary and more effective are the cultural dimensions that are implicitly used in very tactful manners. Advertisers claim that the cultural implications in the content of advertisements are useful in gaining more opportunities in order for the advertised product to be accepted and understood. Michael Schudson, a sociologist specialized in the field of Journalism and Public Culture, is right when he says that “People’s needs have never been natural, but always cultural, always social, always defined relatives to the standard of their societies […]”

In Moroccan TV commercials, the most apparent cultural dimension is the masculinity-femininity dichotomy. In this matter, there is a current debate in which eroticism and sexism are the most tackled issues. Advertising companies have always sought better, more provocative techniques in order to grab the attention of more consumers, regardless of whether they abide by advertising ethics or not.

The need for more commercial gains has permitted advertisers to cross moral boundaries. Eroticized images nowadays have become a tool of advertising, providing very considerable results. They trigger the lustful desires and the sexual impulses that prompt viewers to purchase the product, not because it is needed, but because of the sexual implication it has. In other words, the eroticized image engraved in the viewers’ minds is a successful reminder of the product.

The relationship between the product and the ways it is advertised is the main criticism advertisers are facing today. Concrete examples of these critiques can be entangled in many provocative questions. Does an advertisement of a clean-shaven man need the presence of a woman as a testimony to the effectiveness of the product? Not any simple testimony, but one that is evidenced by the sensual physical contact between the two characters.

Whenever there is an advertisement aimed at males as an audience, using beautiful girls seems to be a very effective way of communication. The purpose behind this is not just to prompt men to buy the product but also to excite them sexually, which in turn will make them focus more on the male-female contact than on the product itself. As a result, the men’s priority is not only the selection of the product, but also an opportunity to watch half-naked models and idols. Usually, advertisers convey implied messages that show men that physical access to women is possible if they possess certain qualities, or “products”.

The image and reputation of a woman becomes tarnished because “these advertisements present women as a goal, a trophy if you will”, said Shafeeq Sadiq, a researcher at the University of California. The only given explanation to the use of sexuality and sexism in TV advertising would generally be to highlight the idea of buying the product to easily start a relationship.

Advertisers have appropriated sexuality and sexism in TV advertisements. By doing so, they normalize taboos and enhance the culture of eroticism in societies. The conclusion to draw is that advertisers take advantage of the eroticized sexist depictions in order to sell products.

The male image is usually associated to the cultural view of masculinity. A man is meant to be powerful, effective and even authoritarian, or destructive when necessary. An ideal man should have a specific type of body called ‘muscular mesomorph’, an average shape with well-proportioned muscular build. The male image also relies on facial attractiveness. This requires clear skin, healthy hair, a well- sculptured nose and unnoticeable ears. In this way, advertisers try to idealize the image of men in order to grab the attention of the audience.

Underwear and other similar products advertising are often developing sexist interpretations from the part of both male and female to attract more consumers. The effects of these product samples are always memorable and profound. Most importantly, the aim of this type of TV advertisements is to make us believe that men are lustful and blinded with sex.

TV commercials are thought of as being more complex than any other form of advertisement because of the powerful effect they carry on the audience. In short, this type of advertisement emphasizes the misconception that men are led by their sexual drives regardless of any ethical or moral behavior.