The Japanese Agency for International Cooperation granted the National Bureau of Water and Electricity a loan of 10.79 million yen ($ 114 million) to support a liquid cleansing program, according to the daily newspaper Al Akhbar Almaghrbya.

The agreement was signed on Tuesday in Japan by the Director General of the National Office of Water and Electricity, Mr. Ali Fassi Fihri, and the President of the Japanese Agency for international Cooperation, Mr. Akihiko Tanaka, in the presence of the Ambassador of Morocco in Japan, Mr. Samir Oarour.

The National Office for Water and Electricity affirmed that the interest rate does not exceed 0.3 % over a period of 40 years, 10 years of which are exempted.

The Japanese Agency for International Cooperation aims to support the cleansing project that the Bureau seeks to accomplish through the renovation and expansion of filtering capabilities, as well as solidifying the capacity of assembling wastewater for a population of around 1 million people, which will eventually contribute to improving the living conditions of the population. 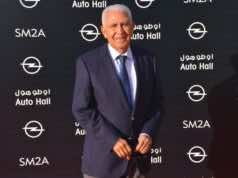