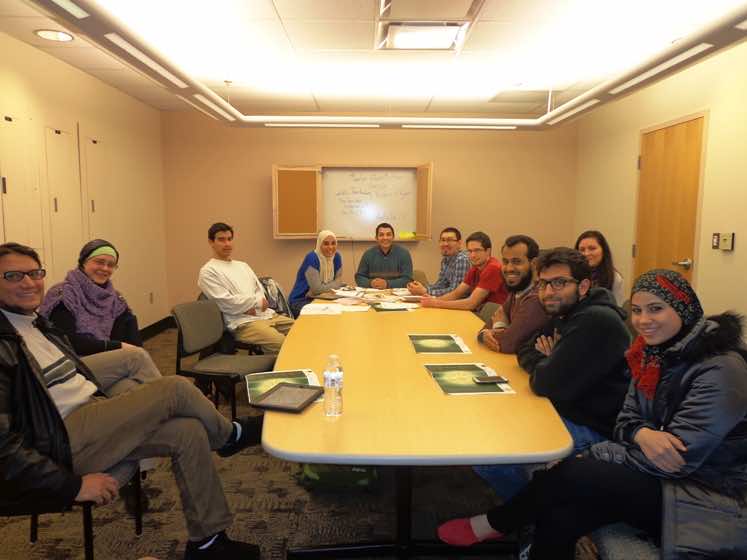 The Muslim Students Association (MSA) at the University of Wyoming (USA) is organizing the Islam Awareness Week on 1-6 April, 2013, a week-long event that aims to educate students and the community at large about several beliefs, traditions, and customs typical of Muslim cultures.

Hosting its annual Islam Awareness Week with a fresh outlook, MSA is proudly contributing to the diversity that the University of Wyoming enjoys. This year, several activities have been planned for the week, such as a cultural display and henna tattoos (Monday) and a panel discussion titled ‘Misconceptions on Islam’ (Tuesday); one of the four panelists is Adil Bentahar, President of Muslim Students Association (MSA). Wednesday is scheduled for a movie on the Empire of Islam. Free dinner will be offered on Tuesday and Wednesday evening. On Thursday, MSA will be sharing informative documents and posters on Islam, with another evening event titled Arab-American Night, hosted by the UW Global and Area Studies and ELS. The Jumuah (Friday) prayer will be held at Washaki Center.  Non-Muslims are also encouraged to attend the Friday prayer, so that they can have a feel for this momentous ritual typical of Islam and Muslims.

Adil Bentahar, who is a PhD student from Morocco, says that one of the “main goals set by Muslim Students Association for this year, is to reach out to the community, both on-campus and off-campus.” He explained that the Islam Awareness Week activities “target diverse populations, such as college students, community members, middle- and high-school students and teachers, educators, and some university decision-makers,” many of whom have already confirmed their attendance.

MSA is very grateful for the trust and generous support received from several UW offices, namely the Associated Students at the University of Wyoming (Student Government), the International Scholar and Student, International Exchange Program, Islamic Center of Laramie, College of Education, and Religious Studies, as well as the Vice-President for Student Affairs office.

The very special evening of the Islam Awareness Week takes place on Saturday 6 April at 6PM in the Union Ballroom with a delicious dinner and Presentation on The Role and Status of Women in Islam. This year’s presenter is renowned scholar Dr. Jerald Dirks, a graduate of Harvard and former minister of the United Methodist Church.

Several deans, department heads, and faculty members have confirmed their attendance, not to mention families traveling all the way to Laramie from remote cities such as Buffalo and Riverton. While the Saturday evening is planned for at least 300 people, MSA expects over 2 thirds of the audience to be non-Muslims.

As an international student who grew up in predominantly Muslim Morocco, and as MSA President, Adil emphasized the significance of the theme ‘Misconceptions of Islam’, which was not arbitrary. The choice emanated from evidence that a large number of Americans know little about Islam, which is partly due to some biased media that serve political agenda. The rationale behind organizing the Islam Awareness Week is also an attempt to dismantle Islam-related stereotypes and especially make a clear distinction between what is cultural and what is Islamic.

Adil Bentahar, Morocco’s ‘ambassador’ to the University of Wyoming, is so excited and proud to work with such a strong team, comprised of committed MSA leaders (officers and members) who are all intent to make a difference in the community.