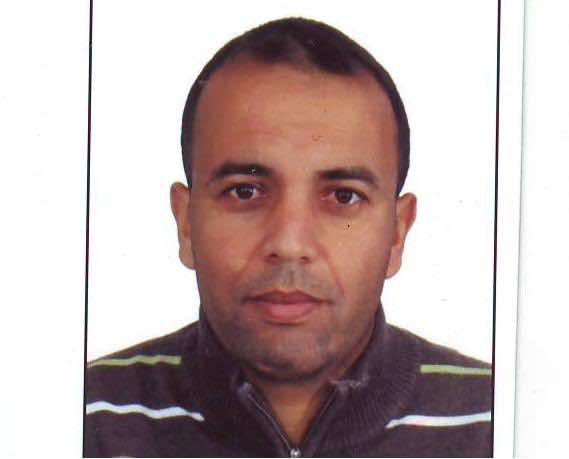 Walking listlessly as if claimed by a sort of inexplicable inertia, looking up at regular intervals as though to invoke his Creator or blame his fate on the sky, the young man was steadily heading towards the café where I was absorbed in my book as usual. He was so exalted, as he seemed to be, in his threadbare clothes when he paused for a moment on the pavement around the corner and cast a look at the crowd who were in the habit of squandering hours in this café where they reveled in gossiping as they puffed on their cigarettes. I could not have been aware of his presence, had he not let out a wild shout that shifted my attention from the book to identify the source of the enigmatic yell. My eyes rested on a green plastic bottle raising its neck out of the left pocket of his tattered jacket as he stood leaning against the bark of the orange tree which was meant to adorn the outer space and absorb the smoke of a score of lit cigarettes.

The bottle was not kept in its place; for the man would reach for it and wet his tongue with a mouthful of its content every now and then. Having drunk himself into a stupor, his words could not be made out even if the pitch betrayed a strong sense of excoriation levelled at the society, at the local authorities, and probably at the crowd whose indifference was anathema to him. The only words that could be distinctly heard were those that had long been suppressed and stifled by the super ego; the unfulfilled desires that had so long occupied his subconscious and which had now found their way to my ears for the first time.

His speech, though fragmented and laden with lacunas, was more meaningful than everything discussed in this café. My interaction with the fictional characters of the book was primarily meant to provide myself with entertainment and diversion; the customers around me spent hours talking and polluting the air with their stinking smoke venturing for little or no action. Those who could read newspapers had a predilection for commenting on the news and criticizing the government in full secrecy… Only this young man had a spectacular prowess of producing a gamut of utterances, a marvelously woven farrago of the sacred and the profane, the lofty and the low, the great and the insignificant, the wise and the stupid… Variety coupled with performance was what Disco was at pains to accomplish.

By this moment, I had heard him say ‘God,” followed by a self-confident look towards the policeman who was standing on the threshold impatiently waiting for his turn to visit the toilet. When a podgy middle-aged GP got out of his luxurious car and sat on a chair with his body building out, the man with the bottle shouted “go to hell…” whose effect on us had been dramatically assuaged by a mixture of extracts from Bob Marley’s songs. Many of which were not clearly stated because of the act of continuously drinking. However, he remarkably succeeded in imitating his favorite singer as he went on repeating “Get up! Stand up! Stand up for your rights!” and then “could you be loved and be loved…” As he sang, he repeatedly beat the ground with his feet and concentrated his look on our faces expecting to behold some change, sympathy, solidarity, cheers of encouragement… but nothing of this sort happened. Everybody wes waiting for him to leave.

When he came closer enough, I finally managed to recognize his face. He was well- known to the dwellers of the city. Children and grownups would call him Disco at any encounter. His first and family name were either unknown or uninterested. Who on earth would care about his real name and place of origin as he didn’t live in a building with windows and a number hanging on its door?  Who could show interest in his situation as a human being since he was merely referred to as “Disco, the drunkard or madman or juvenile delinquent”? The open air on the fringe of the city was his home and another tramp at his age was a mate and brother.

Few were those who would see him as the product of a society where class, language, education and family background are what define a human being.  The nonconformist revolutionary spirit that had hitherto lain dormant in him, was suddenly set free to shout a string of abuses to the void, to the air, to the vehicles… Though he fixed his gaze on the huge crowd at the terrace, his vacant look clearly suggested that his heartfelt insults targeted some distant vile creature or demon that might have been held accountable for his plight. “What have I done to be kept at arm’s length?” “Am I not a citizen like you and you… to have a home, get married, have children and send them to school?” “How many more years do I have to sleep outdoors bearing the stinging cold of winter and the sweltering heat of summer?” “I need my share of the wealth; stop reaping voraciously the fruit of the trees my grandparents, parents and kinsmen planted long time ago … leave something for me, leave something for me, selfish louts, voracious eaters …” Disco sealed these words with the last mouthful of the liquid. He immediately raised the bottle and flung it to the ground. He looked sideways at the GP who handed him two cigarettes; he lit one and hid the other in the pocket where the bottle had been partly concealed. He let out a guffaw followed by a deafening shout that overwhelmed the waiter in such a way that he almost spilt the cup of the coffee on the tray. Disco turned his back, muttered “indifference” several times and trudged up the street as he puffed out a cloud of smoke.

The GP who was sitting alone at the table seemed to have already diagnosed Disco as schizophrenic. “Poor Disco is addressing his hallucinations. Auditory and visual hallucinations constitute the salient symptoms of schizophrenia.” As for me, I didn’t react to the doctor’s medical discourse. I simply thought that Disco’s last word “indifference” was more telling than all the medical jargon of the GP, who was now putting out the butt of his fifth cigarette on the ash tray. I resumed my reading for a while when a shoeshine boy offered to clean my shoes but I declined the offer. Two farmers, a few inches away, were talking about tilling the land and the possibility of selling another cow the following week, and a group of teachers were beguiling the time away playing chess. Before a sturdy beggar had reached my table, I could hear the muezzin calling for the evening prayer. By the time I had concluded my religious duty and made my way home, Disco might have already got to the nearby dump in search of some dinner.