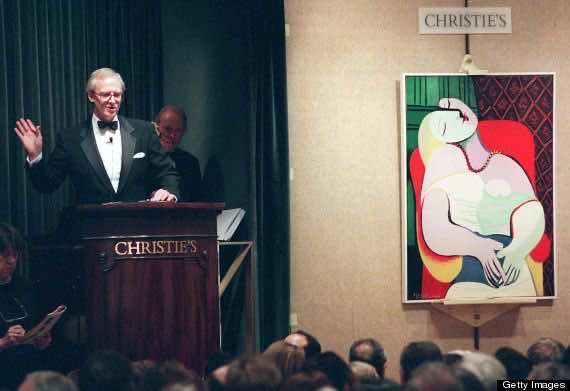 According to Reuters, the Spanish cubist painter Pablo Picasso’s painting “Le Reve” was sold to the American billionaire Steve A Cohen for a record \$155m, making it the most expensive of the Spanish artist’s works.

The oil painting (97 / 130 cm) is said to have been completed in one afternoon in 1932 when Picasso was 50 years old, portraying his mistress, Marie-Therese Walter, who was 22 years when she sat in his studio in Paris on a chair.

The price of the painting is reported to be one of the most expensive in the US.

The painting was bought for the first time in 1941 for $ 7000 by the American brothers Victor and Salli Ganz, investors in the field of art, and later to a wealthy Austrian for $ 48 million, by auction in 1997. In 2001 it was acquired by Steve Wynn for more than $60 million. 12 years later the painting became Cohen’s for $ 155 million.

Ranked by Forbes as the 106th richest man in the world, the American hedge fund manager has an estimated net worth of $8.8 billion as of March 2012.