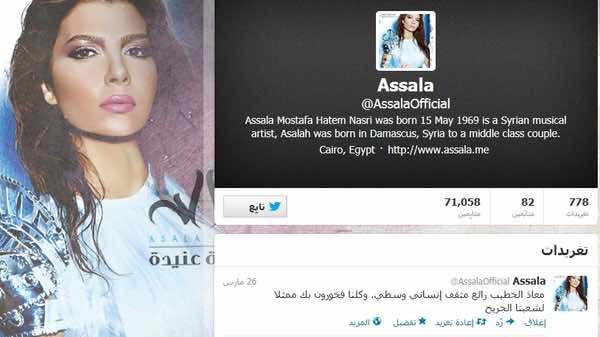 Assaad is “a glorious hero among Syria’s heroes,” the Middle Eastern star said.

“Do not be frustrated because of what happened. Millions of youths have your back. May you heal [soon],” Nasri tweeted in reference to the assassination attempt against the rebel chief in the eastern city of Deir Ezzour.

The chief commander and founder of the FSA lost his leg after an alleged bomb that was planted in his car exploded in the early morning hours of Monday morning.

Meanwhile, on Tuesday, Nasri commended Khatib following his address at the Doha summit, tweeting: “Moaz al-Khatib is a centrist, intellectual and humanitarian person. We are all proud of you as a representative of our wounded people.”

Khatib on Sunday announced his resignation as the National Coalition chief.

The coalition, however, released a statement later on the day refusing the resignation.