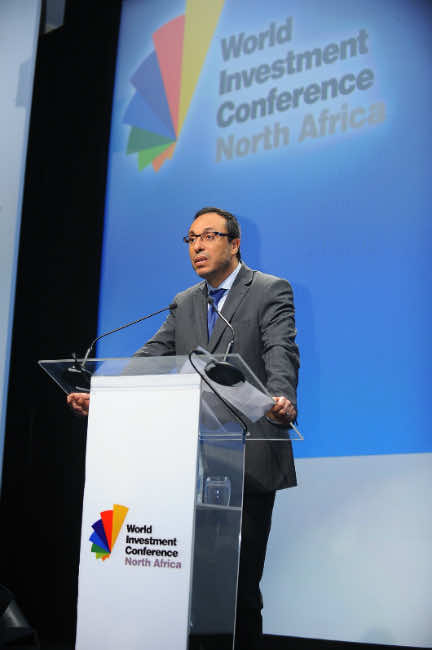 The first edition of World Investment Conference- North Africa was held in Marrakech from 20 to 23 March in Marrakech, Morocco. 350 representatives from business, finance and government from 19 countries came together to discuss the issue of foreign investment in North Africa.

The main concern of the conference was how to convince international investors of the attractiveness and potentialities of investment in the region despite the social and political turmoil in some North African countries. In his statement to the conference, Abdelkader Amara, Morocco’s Minister of Trade, Industry, and New Technologies stressed the importance of “putting Morocco and North Africa as a whole on the map of international companies.” He added “Without clichés and seeing things as they really are: there is a potential space here for the development of business in the long term.”

Abdelkader Amara mentioned the examples of the huge investments of international companies in Morocco such as Renault, Safran and Bombardier which invest heavily in different parts of the country.

However, economic commentators see that the Arab Spring has gravely affected investment in North Africa particularly in countries such as Tunisia, Libya and Egypt. Morocco is also affected despite being socially and politically stable. “After the Arab Spring, it is clear that investors are worrying about the conditions of stability in the region. It is a brake on investments even if Morocco appears to be a case apart,” said Jean-Pierre Chauffour, Chief Economist at the World Bank in Morocco.

Another obstacle that continues to hinder investment and economic growth in the region is the antagonistic political relations between Morocco and Algeria over the issue of the Sahara, especially with the closure of land borders since 1994. The lack of regional integration costs the Maghreb countries 2 points in the annual GDB growth and stands as an obstacle on the way of foreign investments in the region. In 2011, foreign direct investments in the region fell by 40% to about $ 9 billion and represent only a drop of water in the international level (more than 1300 billion). In 2012 they are expected to remain at this level.

The participants in the World Investment Conference insisted on not submitting to pessimism despite the multiple challenges. “I understand all the issues and arguments of the macro-economic system… but the reality is that this is a good time to invest in Morocco and in the region. Do not come too late” says Omar Chaâbi, executive vice president of the group Ynna, one of the leading private companies in Morocco.