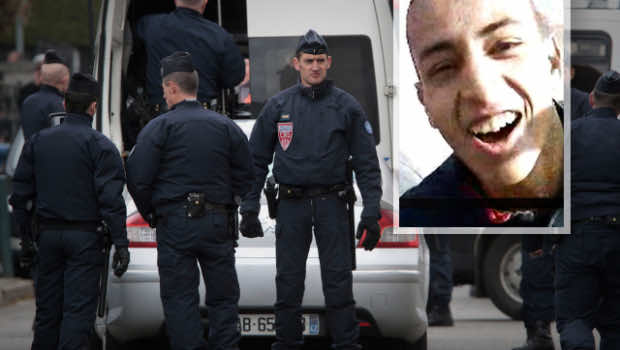 Paris – French Defense Minister Jean-Yves Le Drian delivered an emotive speech on March 15th on the first anniversary of the tragic Toulouse and Montauban shootings. But even the hardworking team of writers that helped pen the French Minister’s speech were unable to conceal the striking sense of denial and profound misunderstanding that resonated from his speech.

Addressing a silent and grieving audience, Jean-Yves Le Drian declared: “Whether they are children or soldiers, it is the French people and France that he [Mohammed Merah] wanted to hurt.”

The French Minister’s words are in direct contradiction with the obvious truth that François Hollande articulated only a year earlier: Merah’s victims were not killed as collateral damage of a criminal gang, nor as victims of a theft, or any other type of crime: they were killed simply because they were Jews.

While acknowledging this very important detail, the French establishment kept itself in an oblivious state of sheer blindness. The most salient indication of this sightlessness took place at the memorial of one of the fallen soldiers, as he was eulogized as one of the nation’s fallen soldiers, a new category created by the government to pay tribute to the three soldiers killed by Merah.

Yet Merah’s first victim, Imad Ibn Ziaten, was not killed while serving his nation. He was killed for a simple reason that France continues to turn a blind eye on: because he was Muslim. Indeed, it is not by pure coincidence that in the videotape of the shooting, Merah asks Imad if he is Muslim before shooting him dead.

The fact that the first victim of Merah was Muslim is only a symbolic representation of a much greater reality. There are as many Muslim countries that suffer from terrorist attacks as Western ones, if not more. In fact, one of the biggest terrorist attacks carried by Al Qaeda was not on Western territories, but rather in Saudi Arabia through the Khobar Towers bombings. And there are far more victims of terrorism among Muslims than among westerners.

For Muslims in the Western world, France in this case, the issue is twice as complicated. Muslims living in France are equally at risk of being victims of indiscriminate terrorist attacks as any other French person. In addition, they are also victims of collateral damage, as Islamophobes never miss the opportunity to exploit terrorist attacks to foster hate against them. By stereotyping, over-generalizing and associating all Muslims with terrorists, the non-Muslim French population begins to think that Muslims can never be victims of terrorism. Such false assumptions were reinforced by the French media in the wake of the Toulouse and Montauban shootings as the media conveniently disregarded the Moroccan heritage of Imad Ibn Ziaten and portrayed him as a French soldier, whilst highlighting the Algerian origins of Merah and discounting his French citizenship.

Sadly, in many areas of the globe, a great number of the people are led to believe that Muslims are Trojan horses, each one of them a ticking bomb that might turn to a terrorist at any moment. In subscribing to these beliefs, they overlook the fact that Muslims value their safety just as much as the rest of population. After all, Imad Ibn Ziaten was enrolled with a group of soldiers that went to Afghanistan, to fight this same terrorism. The fact that France doesn’t understand this reality speaks volume about its incapacity to understand and combat terrorism.

Instead of embracing its Muslim minority as an integral part of the national population, it is instead regarded with suspicion. This blatant discrimination fosters a profound feeling of rejection among Muslims, which adding to socio-economic realities on the ground, further ostracizes the Muslim minority. This feeling of rejection is an open gift for radical minds who manipulate some of these Muslims into joining their fundamentalist circles by offering them a much coveted sense of belonging.

Today, Imad Ibn Ziaten’s mother travels endlessly throughout France carrying with her the flame of hope. Despite suffering from the most cruel and unnatural grievance that is for a mother to survive her son, she repeatedly explains that her son was killed in the name of ideology, not Islam. Her veil tightly covering her head, in the wake of her son’s death, she is remembered as having said, “Me, I am a Muslim. Mohammed Merah is not, he has no religion.” Throughout her travels, she explains to her listeners that the Muslim youth in France, unrepresented and unemployed, feel trapped. She urges the government to help these individuals so as to prevent the development of “another Merah.”

Ibn Ziaten’s mother understands that she is not a Trojan horse, but rather a strong ally in the country’s fight against terrorism. More importantly, she understands that terrorism cannot be fought with weapons—it can only be fought with our minds. In the war against terrorism, prevention will always work better than reaction—and the latter will always involve victims unlike the former. This is a realization that the French government, as many other Western governments, is yet to comprehend.

Sahar Amarir is a student in Law and Political Sciences currently living in Paris, engaged in activism and interested in gender, minority, social conflicts and human rights issues.”