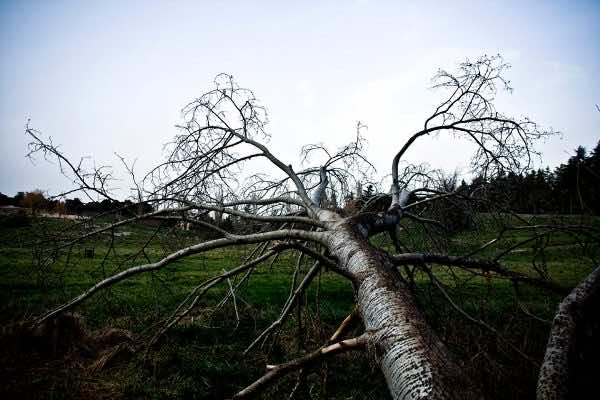 She was sitting next to him in a fluffy pink robe with her legs together on the couch, and her right hand around his neck, gripping on tightly. He could feel her thumb rubbing back and forth against his skin. There was a fake smile on her face, and her lips were telling a lie. “I love you so much angel, I will miss you.” she said softly. “Don’t miss me too much.” he said playfully, although he was sinking silently into the cold darkness that had obscured her black verity and cruel intentions for a long time. He was beguiled by her cute face, shapely body and beautiful voice. Her deceit and betrayal was hidden behind the glamor of her fabricated personality.

While he was pretending to believe her spurious telling; with cold and hard hands tightened around her throat, he began choking her. His long fingers encircled her neck, and fingernails cut into her flesh. His strong thumbs pressed into her windpipe, forced her head back. She fought desperately for air, but his powerful fingers squeezed harder. The world around her dimmed, she was dying roughly inside his mind. He was gratifying himself and entertaining the pleasing idea of throttling her until the housemaid interrupted his enjoyment and woke him up from his day dream to: “Sir, the driver is out waiting for you,” said the housemaid while bowing.

“Honey, don’t be late, I can hardly wait,” she said. “Don’t worry sweetheart,” he replied in an icy tone with an anger flashed briefly in his eyes, then he took his bag, turned his back, and walked hastily through the front door, as if he were sitting on a chair of hot coals. She watched through the glass door as his shadow grew and disappeared. Then she took out her phone to make the call that would turn up the whole situation.

The sound of incessant cold rain falling from the  dark sky was like sharp blades dropping on his heart while he was eavesdropping on her call with a stranger.  “Baby, this night will be unforgettable,” she said eagerly. “The blind is in his way to Spain, It’s just me and you.” She was impatiently waiting for him to leave. His face was hard as a stone. His hair was the only thing that moved freely whipping his face as the cold wind howled around the house. He was thunderstruck, this is the first time he heard her calling him by his handicap. He frowned deeply as he turned his phone off  and got into the car, not knowing what to do.

In an attempt to hide his feelings, he nodded and smiled again; trying to collect himself, and push back the unnecessary tears. “I’m happy. Are you happy?” He asked the driver placidly. “Yes sir! I am,” replied the driver. His glistening eyes holding something different now; a mix between anger and apprehension was what it looked like. But with this fake smile on his face, he was like a sailor trying to draw waves of joy on an ocean of sorrow.

He slid his hand over the window glass as they headed to the airport, and asked the driver to describe the surrounding for him as he always did. The intense red hues of the oak dry leaves were scattered on the ground like pools of blood, the tears of the infinite and motionless sky were still falling, and the air smelled of the sea. It had always been his favorite season. The hoarse voice of the driver and the hushed music took his thoughts away like the wind-driven clouds. As he lost himself within his memories, he began remembering how everything had changed since she crawled into his life. And how everything must change before his trust and love became a game. Then the fateful coincidence came back upon his mind.

“How could that be?” he asked himself as he thought of her words, tone, and surpassing kindness when she helped him cross the street for the first time. He was standing there in the middle of the street with a stick on his right hand; no one heeded him until she came from nowhere and grabbed his hand. This soft touch changed everything in their lives. It was like a touch of riddance for both of them. She always dreamed of having a man just like him someday. She was drowning in an utterly hopeless, miserable life filled with poverty and humiliation before he married her.

The day they met. The day they became a part of each other’s lives forever; was an inimitable day in his life until it became a curse when he found out that the woman to whom he gave his heart and life was cheating on him. He wanted to believe she was not, but  doubt plagued him as she used to disappear from the scene in her own home every day for hours. He had been tracking her every movement and spying on her calls in desperate madness.

The world around him was smashed apart, and the fear of being betrayed was cutting very deep in his heart. His handicap made him always wanted to be with her for fear that if she is out of sight; she may disappear or become attracted to someone else, until his worst fears came true. In all his desperation and sorrow a tiny spark of revenge lit, with every intention of sending her to the grave.

Along the way, sad memories meandered in his mind like a restless wind inside a letter box. He became absorbed, oblivious to the passage of time, unaware of what was going on around him until his phone rang.  In a husky voice he answered her call that broke through his sad musings, “Hi darling, it’s me again” she said. “Where are you now?” she continued. “I’ am close to the airport….” He replied.

The relief in her voice was evident as they were talking. She acted like a sweet, innocent woman who loved and took care of her husband, but she was doing nothing but keeping an eye on him to ensure that “the blind” was going far away. She didn’t know that the flight that was going to pave the way for her to spend a hot night with her lover was going to make one intermediate stop in Tanger along the way to Madrid. He was planning to step off once he reached Tanger and then took a taxi back to Casablanca; his plan was to kill them both. For the first time, he became totally overwhelmed with repugnance hardening his heart. He vainly tried to restrain his anger, but resentment was smouldering  his heart, and turned into deep-rooted hatred. Seeking revenge was the only to quench his thirst to put a stop to this never ending betrayal.

When he finally reached the main gate of the house that appeared to be deserted, all the lights were off, it was pitch dark with no light emitting from an eclipsed moon above him. No one of the housekeeping or gatekeeping staff was there. She sent them home on malicious intention. He peeped through the door that was ajar, as he was wavering in his mind whether to enter or not. He put his left hand around his ear and listened attentively before slowly turning down a brass door knob with an elegant floral pattern and pushed against the door. He fumbled his way around the house and cautiously walked. Hearing no one he turned and walked with a very slow heavy gait on the wet grass toward the bedroom window, and stood still in the gloom of the darkness near the partly open window, listening to her sweet whisper filled with love and passion. But this time her voice was whispering to another man. He pushed a curl of black hair out of his pale face and mumbled to himself. “She never loved me at all” he said.

“She loved my money.” She underestimated him like he couldn’t do any harm, but yes he could, everyone has a dark-side, and by her deception she awakened the beast inside of him. He roused himself from his fear and disparately turned and slid his hand over the wall until he was sure he was at the garage door. He flopped on his back and kicked the door softly with both feet until it was gently open. He fumbled about in the dark to find a gas bottle and a long tube that he hid there. For him, it was the only way to get a cold, subtle, and silent revenge. However, forgiving and wearing a smile was always his best revenge, but this time he wanted to retrieve what he lost, he wanted his dignity back.

In  cold blood,  he approached the window again and carefully inserted the head tube into the window slot. As he slightly turned the gas valve on, the toxic gas started leaking out; releasing his sufferings and pains. The sound of their coughs got high. Her body toppled to the ground as she tried to stand up. She struggled to get up, but the dizziness held her down. Weak and dizzy, she tried to crawl out of the room. The lover couldn’t even move; he was so drunk. She kept crawling, but soon had problems using her washed-up hands. Placing her hands on her stomach, she turned on her back as she tried crawling using her feet to push her in a forward motion. This immediately became a problem as the room was being filled with poison gas. She was bobbing her head back and forth, and wasn’t moving at a fast speed. She knew, she was going to die.

“Please sweetheart, forgive me.”  She said suppliantly as she glanced back out of the corner of the eye and saw his shadow through the curtain. He stepped backward and wiped the sweat off his brow as he was pacing uneasily million thoughts cluttering his head. He couldn’t seem to think straight at the moment. It was as if some strange spell had been cast over him and he felt compelled to run from it. He felt his mind slow down, and everything else with it. A wave of euphoria overwhelmed his senses as he remembered her betrayal; he became convinced he was doing the right thing. When he realized they became lifeless corpse, he  swiftly yanked the tube out. His long black hair flowed freely at his shoulders and whipped across his pale face. All of his features were sharp as he grinned slyly; he got the revenge he wanted. He was able to look up and see an endless sky or high ceiling. Maybe it was just his imagination that was seeing something that couldn’t be seen.