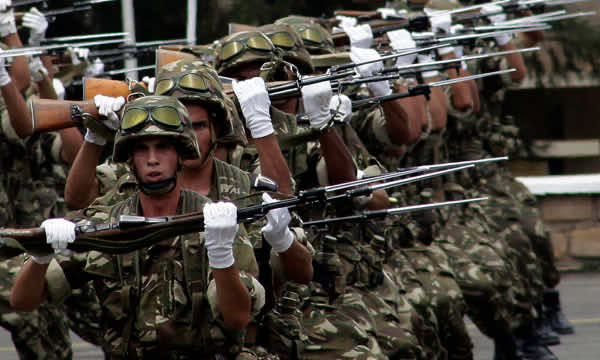 Algerian security forces have killed five Islamists this week in the restive region of Kabylie, including an “emir” and
a jihadist recently sentenced to death in absentia, reports said on Thursday.

The special forces killed the five men on Monday evening and Tuesday in a raid on the village of Attouche, in the Makouda area, near the main Kabylie city of Tizi Ouzou, Liberty newspaper quoted security sources as saying.

Among those killed were Badache Said, 39, who led the Ibn el-Moqafa militia, and Nouali Hamza, both of whom were handed death sentences in absentia last week along with 33 others, including Al-Qaeda in the Islamic Maghreb chief Abdelmalek Droukdel.

They were all implicated in an attack on an Algerian army barracks at Azazga near Tizi Ouzou in April 2011, in which 17 soldiers were killed, Liberty reported.

Another slain Islamist, Karim Mesrour, from the Kabylie town of Dellys, was considered “very influential” among jihadist groups in the eastern region, a stronghold of Islamist insurgents, pro-government daily El-Moudjahid reported.

Algeria, which has battled Islamist insurgents since its devastating civil war in the 1990s, was rocked by an Al-Qaeda-linked hostage attack in January on the In Amenas desert gas plant, 1,300 kilometres (800 miles) southeast of Algiers.

During the siege and army rescue operation that followed, 38 hostages, all but one of whom were foreign, and 29 militants were killed.