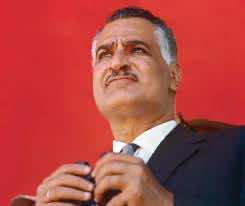 Egyptian authorities prevented on attempt to smuggle out the personal camera of late president and pan-Arabist firebrand Gamal Abdel Nasser, along with texts of his speeches, official media reported Thursday.

The camera and speeches inside two parcels were intercepted at a post office before they could be smuggled to the United Arab Emirates, the official MENA news agency reported.

There were also 127 pictures of the leader, who rose to power after the 1952 military revolution against king Farouk, and wedding and party invitations.

Nasser remains a controversial figure in Egypt. He helped to modernise the country, but also left behind a socialist bureaucracy and almost unfettered police state before his death in 1970.

He led his country in two wars against Israel, with devastating results for Egypt. But many still view the former colonel as an icon of Arab independence.