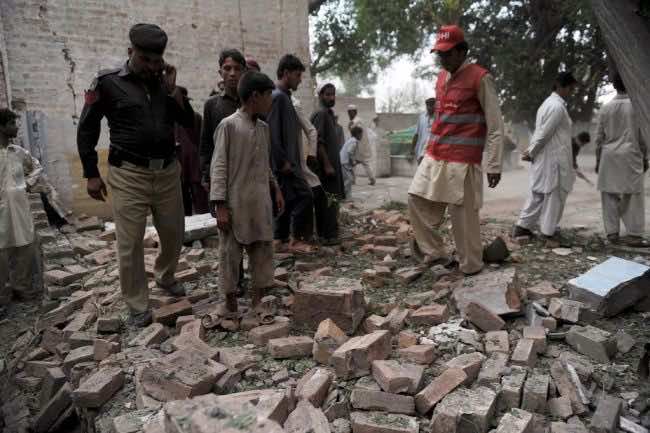 A 15th century Sufi leader’s tomb in Tripoli was destroyed on Thursday in a triple bombing by unknown assailants, a security source said, months after a wave of similar attacks on Libyan shrines by radical Islamists.

The tomb of Sidi Mohammed Landulsi, in the eastern suburb of Tajura, was targeted in the dawn blasts that blew away the back wall and caused a large section of the roof to collapse, an AFP photographer reported.

“We heard three powerful explosions just before dawn. There was no one there. They were without doubt activated from a distance,” a member of the security services near the site told AFP.

Last year, Muslim extremists carried out a string of attacks on shrines around Libya, some of which were blown up and others bulldozed.

Hardline Sunni Islamists, known as Salafists, are opposed to the veneration of tombs of revered Muslim figures, saying that such devotion should be reserved for God alone.

The Sufis, who have played a historical role in Libya, have increasingly found themselves in conflict with Qatari- and Saudi-trained Salafist preachers who consider them heretical.

Residents of Tajura had tried to protect the shrine of Sidi Mohammed Landulsi, a 15th century Sufi theologian, by posting guards around the building following earlier threats.

“The operation was well-prepared. Normally the place is guarded all day. They took advantage of a momentary lapse to get inside the tomb and blow it up,” said one local resident, accusing “extremists” of carrying out the attack.