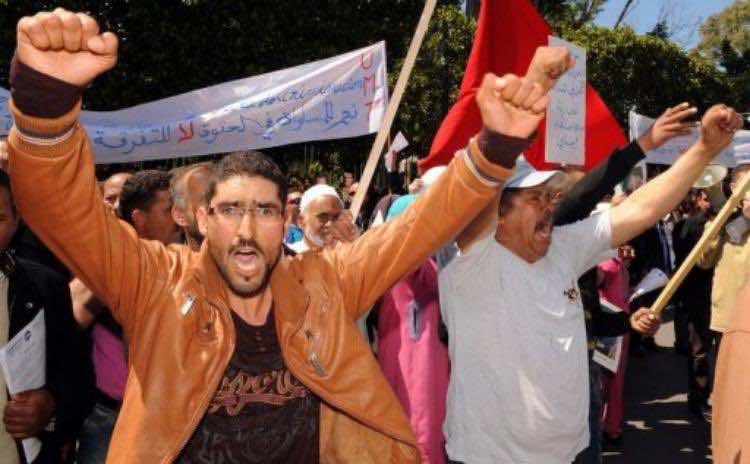 Some 600 Moroccan workers employed in the Spanish enclave of Ceuta protested outside the foreign ministry in Rabat on Thursday, seeking government help to improve their working conditions.

“We also have rights,” shouted the protesters, many of them women, who had travelled from northern Moroccan town of Nador to the capital by bus, and were calling for the same rights as their Spanish co-workers.

“More than 8,000 Moroccans are employed in Ceuta, with legal permission to work. They pay their taxes to Spain but their rights are violated,” Mohamed Boujida, a union leader, told AFP.

“The Moroccan workers pay 900 euros to be allowed to work there, and pay 25 percent tax on their income, while the Spanish pay just 12 percent… But they get no medical cover and no benefits,” he said.

Another trade unionist, Abdelhay Lamrani, condemned the “silence of the Moroccan government.”

Morocco has strong ties with Spain, which was its top trading partner last year and which hosts the largest Moroccan expatriate community after France.

But the tiny Spanish enclaves of Ceuta and Melilla — both in northern Morocco but held by Spain for more than 400 years — are a recurrent bone of contention, with Morocco regularly demanding their return.