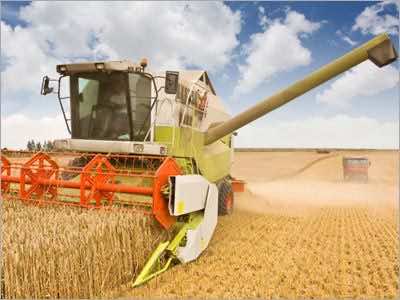 The World Bank (WB) approved Wednesday a US$203 million Development Policy Loan to Morocco to further contribute to the modernization of the agricultural sector, as part of support for the Plan Maroc Vert since its inception in 2008, the bank said in a press release.

Morocco’s long-term agricultural vision is to double the value-added of the sector and create 1.5 million jobs by 2020. The Plan Maroc Vert is the country’s core agricultural strategy to bring better opportunities to small and large-scale farmers by transforming the agri-food sector into a stable source of growth, competitiveness, and broad-based economic development in rural areas, the press release said.

Recalling that a first such loan was approved in March 2011 for Morocco, the bank said that the series supports key reforms envisaged in the national Plan to strengthen domestic markets, help small farmers, enhance agricultural services, and improve the delivery of irrigation water.

One example of an outcome of the first loan is that small farmers have now transparent procedures in place to access public grants for agriculture diversification, intensification, and commercialization. Presently, 5.6 billion MAD (US$680 million) have been allocated to more than 200,000 small farmers throughout Morocco, it said.

“The Plan Maroc Vert is a comprehensive program which addresses key challenges such as food security and Morocco’s integration into the global economy,” said Simon Gray, World Bank Maghreb Country Director, adding that “Developing a liberalized and diversified market environment will boost the performance of the agri-food sector and contribute to reducing rural poverty.”

One example of a reform supported by the new loan is the introduction of new management models to improve wholesale market and slaughterhouse services, with the result that farmers can better commercialize their production and consumers get higher-quality products, the press release noted.

Other reforms, it continued, specifically assist small farmers by linking them to the domestic economy and building their capacity to work with the private sector. Decision making about agricultural research grants is being decentralized and improved accountability, efficiency and productivity is being introduced to the management of irrigation water.

“These irrigation water reforms are particularly significant,” said Xavier Chauvot de Beauchêne, World Bank Project Leader. “They will introduce a new model that will improve the efficiency of water management and use and significantly improve agricultural revenues to help small farmers secure a higher income.”

The World Bank has designed its Development Policy Loan series in combination with two grants from the Global Environment Facility. A US$4.35 million grant from the Special Climate Change Fund, approved in 2011, is supporting the integration of climate change adaptation measures into the implementation of the Plan Maroc Vert to help Morocco build resilience to climate shocks, the bank said.

It added that a US$6.44 million grant approved earlier this month will help small farmers implement land and biodiversity conservation measures in marginal areas so that agricultural intensification promoted under the national Plan can be compatible with environmental preservation.

In its support to the Plan Maroc Vert, the World Bank has worked closely with other donors. The U.N. Food and Agriculture Organization provided technical support to reform domestic slaughterhouses; the Belgian Technical Cooperation contributed to a political economy analysis of the irrigation sector reform; and the International Finance Corporation, the World Bank’s private sector arm, supported work to improve the legal and institutional framework for wholesale markets, the press release concluded.