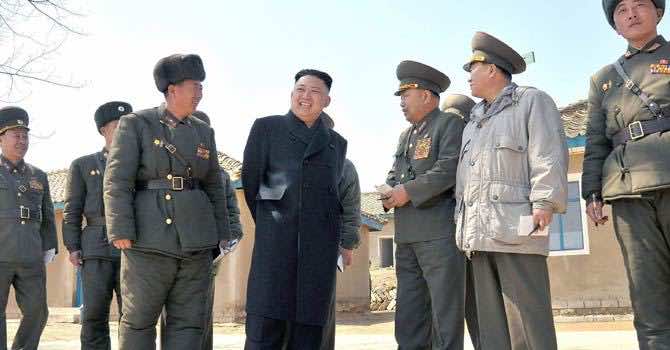 China appealed for “joint efforts” to reduce tensions on the Korean peninsula Friday, after Pyongyang ordered missile units to prepare to strike the US mainland and US stealth bombers flew over South Korea.

“We call on all relevant parties to make joint efforts to turn around the tense situation,” foreign ministry spokesman Hong Lei told a regular press briefing in Beijing.

“Peace and stability on the Korean peninsula as well as Northeast Asia serves the common interest,” he added.

Beijing has repeatedly voiced similar appeals since North Korea carried out a nuclear test in February, its third in seven years, which prompted the UN Security Council to endorse tighter economic sanctions on the country.

But tensions on the peninsula have soared in recent days, with North Korean leader Kim Jong-Un on Friday ordering missile units to standby, hours after nuclear-capable US B-2 stealth bombers were deployed in ongoing US joint military drills with South Korea.

The order came as US Defense Secretary Chuck Hagel said Washington would not be cowed by Pyongyang’s bellicose threats and stood ready to respond to “any eventuality”.