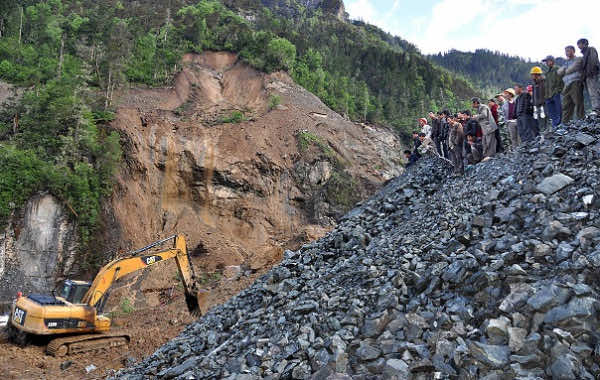 The landslide took place at about 6:00 am (2200 GMT Thursday) in Maizhokunggar County in Lhasa, the regional capital, and trapped workers from a subsidiary of China National Gold Group Corporation, said Xinhua