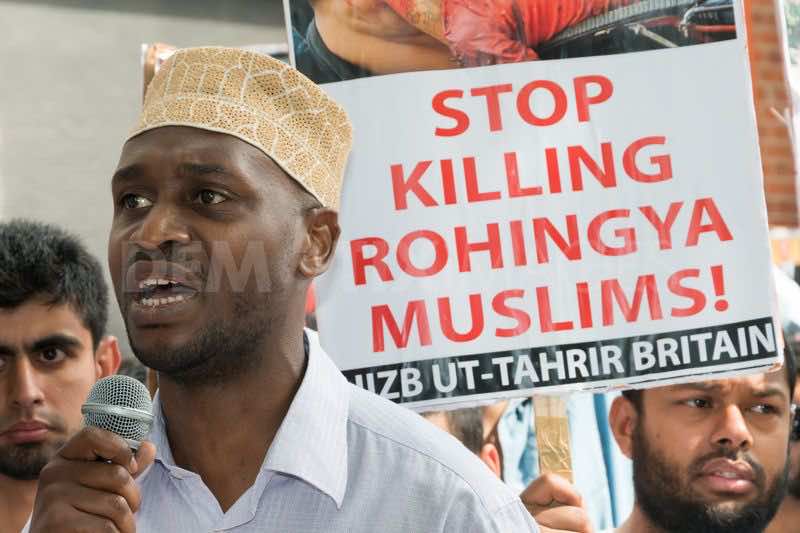 Who said the age of blatant discrimination, racism and intolerance has gone, and that only a less direct neo-discrimination has been in practice since then? Some corners of the world are still intensely loaded with as blatantly repulsive and inhuman attitudes as those the world had known many years ago.

In Burma, the Muslim community is still a victim of vehement discrimination from mostly adherents to the Buddhist faith. Even humanitarian aid is banned from reaching the Muslim population there. “Burmese government restrictions on aid to Rohingya Muslims are creating a humanitarian crisis that will become a disaster when the rainy season arrives,” said Phil Robertson, deputy Asia director at Human Rights Watch.

Brumese Buddhist are not the only one who have been staging all the violence against Muslim population in Burma; worse, security and military officials have been sordidly involved in displacing thousands of Rohingya and Kaman Muslims to segregated areas in the country, thus making it more difficult, if not impossible, for any humanitarian aid to reach them.

Unmindful of such reality, “the government seems untroubled by the dire humanitarian conditions in the camps in Arakan State,” Robertson said, “but it will be responsible for the lives unnecessarily lost.”

Despite the solicitation of humanitarian agencies, the government has shut all passages leading to the areas where Muslim populations are located, thus automatically shouting a big “No!” to any humanitarian endeavors.

“Several camps housing Rohingya are located in paddy fields and lowland areas that face heavy flooding during the rainy season, which will begin in May, yet the authorities have not taken serious steps to move them to higher ground,” said HRW in a report released on Monday.

The interviewed representatives of the dislocated Muslim communities affirmed that the government did not show any commitment whatsoever to provide those populations with shelters, at least, consult on where to build them.

A portion of those populations are accordingly “unregistered” Rohingya Muslims, who lack the simplest life condition and requirements: medicine, drinking water, shelter, clothing, and so forth.

The government, to rationalize not providing aid to these populations, has advanced absurd and almost unfledged excuses. On the top of the list is the one put forth by Win Myaing, spokesperson for the Arakan State government, when he stated, “Now, when we are making a list in the camp over here, then people from [another camp] will come.” But the question remains whether the government has first and foremost made any lists?

“The government’s persisting reluctance to return the populations to their original homes is purposefully staged as a long-term intent to keep them as much segregated as possible,” Human Rights Watch said.

If all the above sounds discriminatory and inhuman, then the following facts will add more intensity to it.

The Rohingya Muslims are denied Burmese citizenship, thus are by definition rendered illegal immigrants or non-existent populations. Such act, supported by government law, provides the discriminatory government the sordid motif it needs to treat those populations as a threat to the Burmese population, whereas the Rohingya are evidently as “Burmese” as the non-Muslim population. 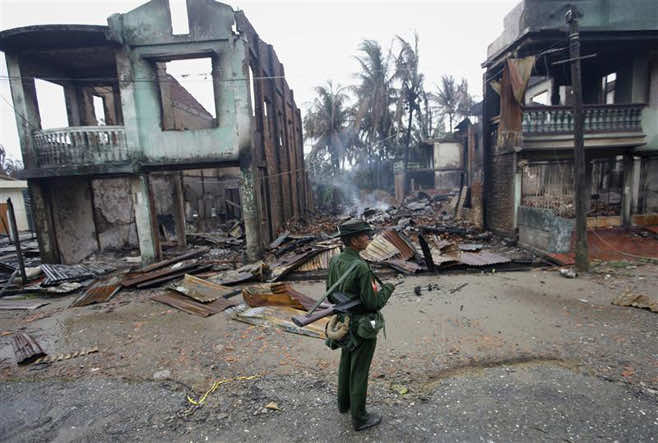 In the town of Meikhtila, where Rohingya Muslims were most located, Buddhists have fiercely burned about five mosques, homes, businesses and killed an unspecified number of the Muslim population. Such tragedy has accordingly displaced 12,000 Muslims, according to the United Nations Office for the Coordination of Humanitarian Affairs (OCHA).

What is left to say amidst such reprehensible inhuman acts is that the world still has a far long way to go before notions such “the world as peaceful village” and “multiculturalism” can ring any true. The world is not peaceful village when residents of the village, representing the majority, find it more convenient to get rid of all those who do not share the same cultural traits as them. Those minorities are, thus, forced to form segregated communities distant from their original home. Muslims in Burma are sadly the small population in the above ‘village analogy,’ and they seem to have the same sole option.

If only those adherents to a dissimilar faith could grasp the wisdom of difference and diversity. Those adherents of Islam they are chasing, killing and torturing are not as alien to them as they want to see them. They are exactly as “human” as they are, with only different life choices. Unfortunately, one cannot see the common and universal human traits when looking at the other through the lenses intolerance.

Our heartiest prayers go to our dear Burmese Muslim brothers and sisters, and our sincerest shouts echo in the other silent corners of the world, imploring help and compassion for our dear fellow humans in Burma.