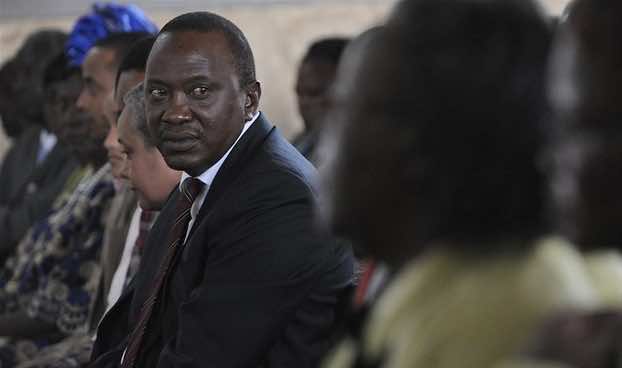 Kenya’s Supreme Court is on Saturday due to rule whether to confirm Uhuru Kenyatta’s presidential election victory or order fresh polls in the country, still traumatised by the violence that erupted after the previous ballot five years ago.

Kenyatta, facing international crimes against humanity charges over the unrest that followed the 2007 election, was proclaimed the winner of the March 4 poll, avoiding a runoff vote by just 8,000 ballots.

But the result was challenged by outgoing prime minister Raila Odinga, who claimed the election was marred by irregularities.

If the high court upholds the election results, that would pave the way for Kenyatta, the son of Kenya’s first president and one of Africa’s richest men, to be sworn in on April 9.

The court could also back Odinga and order a new election.

Or the panel of six judges could find that Odinga’s allegations of irregularities are founded but might declare that they were not on a scale sufficient to render the election invalid.

Tensions have been running high ahead of the ruling — the elections in 2007 were marred by similar complaints of fraud and descended into tribal bloodshed that killed more than 1,100 people and caused hundreds of thousands to flee their homes.

Police were out in force on Saturday around the building housing the court in central Nairobi, with Kenya’s police chief David Kimaiyo warning gatherings around the court would not be tolerated.

“We have reports indicating that some parties have organised their supporters to converge outside the Supreme court during delivery of the court ruling, and we will not allow any such gatherings,” Kimaiyo said on Friday.

“There will be tight security in all parts of the country, we will not tolerate any form of violence at all,” he told a press briefing.

Kenyatta has so far appeared relaxed about the court ruling, apologising earlier this week for having spoken flippantly to supporters of “six people” making a decision.

On Tuesday, the court rejected one of Odinga’s demands — that the Independent Electoral and Boundaries Commission provide a forensic audit of a computer system initially used to tally the votes that suffered widespread failure.

It also dismissed hundreds of pages of alleged evidence provided by Odinga to back up allegations of irregularities, though this was only part of the overall stack of evidence submitted.

On Monday, the court ordered a recount of votes cast at 22 polling centres — a fraction of the total votes cast in some 32,000 centres nationwide. The results of the recount have not been released.

Official results showed president-elect Kenyatta won 50.07 percent of the votes — just making it over the 50-percent threshold needed to avoid a second-round ballot by some 8,000 ballots.

He was declared the winner of March 9.

Odinga has urged his supporters to remain calm while he challenged the results and has promised to abide by the court’s decision.

Kenyatta faces trial at The Hague-based International Criminal Court on charges of crimes against humanity related to the deadly post-electoral violence in 2007.

That violence shattered Kenya’s reputation as a bastion of stability in a region beset by unrest.