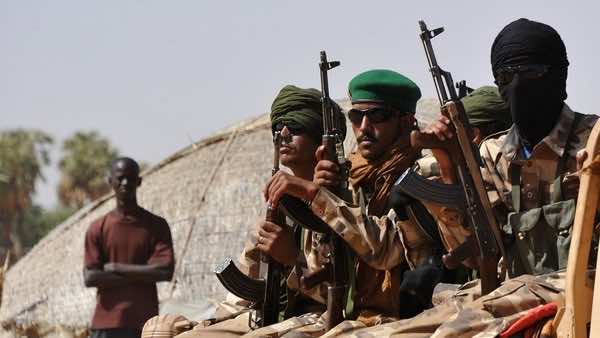 The fighting pitted Al-Qaeda-linked Islamist groups against the National Movement for the Liberation of Azawad (MNLA) — a secular separatist Tuareg group that currently supports the government.

“After the fighting, we recorded four dead and two wounded in our own ranks… There were five dead on their side,” Mohamed Ibrahim Ag Assaleh, a top MNLA official based in neighboring Burkina Faso, told AFP.

Mossa Ag Attaher, an MNLA leader based in the northern Malian city of Kidal, added that one jihadist fighter was captured by his men.

The fighting lasted about two hours, they said, and took place on Friday between Gao and Kidal, two of the three main cities in northern Mali, which was under Islamist control for nine months until France intervened in January.

According to the Tuareg officials, the five Islamist fighters included three Algerians, a Mauritanian and one Malian.

The two MNLA officials disagreed however on their opponents’ affiliation.

One said they were from the Movement for Oneness and Jihad in West Africa and the other said they belonged to “Signatories In Blood,” a group recently founded by a former Qaeda chief, Mokhtar Belmokhtar.

Many former Tuareg rebels who had worked as mercenaries in Libya returned to Mali bristling with weapons after Muammar Qaddafi’s demise in late 2011 and rekindled their decades-old struggle for independence.

The MNLA launched a military offensive in January 2012 and conquered the entire north but was soon overpowered by its allies from the Qaeda-linked groups based in the region.

The secular Tuareg group has since sided with the Malian government and the French forces leading the re-conquest. Its forces have engaged jihadist groups on several occasions in recent months.

No source among the jihadist networks being hunted down in northern Mali could be immediately reached to confirm Friday’s clashes.