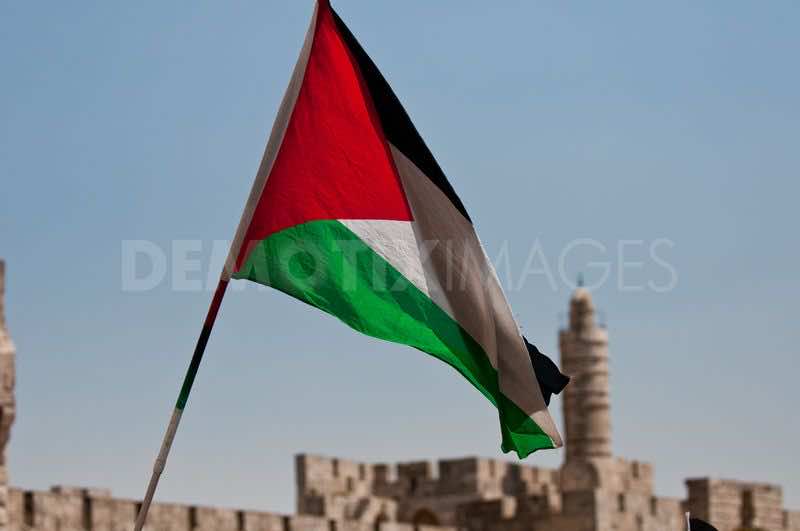 More than 15,000 people marched in central Tunis on Saturday chanting support for the Palestinian people, as a weeklong anti-globalisation forum wrapped up its first-ever meeting in an Arab country.

“Land, liberty, dignity,” chanted the marchers as they made their way to the emblematic Habib Bourguiba Avenue — epicentre of the 2011 protests in Tunisia that sparked the Arab Spring in several Arab capitals.

The march on Saturday was organised to coincide with Land Day commemorations in the Palestinian territories and parts of Israel to mark the 1976 killing of six Arab Israelis who were protesting Israeli plans to confiscate Arab land.

Arab Israelis and Palestinians also rallied on Saturday to commemorate Land Day, with some clashing with Israeli forces.

In Tunis the weeklong World Social Forum, placed under the sign of Palestine and the Arab Spring, brought together some 30,000 individuals and 4,500 organisations who addressed a range of subjects from the environment to women’s rights.

The event, launched on Tuesday with another massive march in the heart of Tunis, casts itself as an alternative to the World Economic Forum in Davos.

“We are marching today to make sure that the rights of the Palestinian people to move freely by sea or land are respected, and against the blockade (imposed by Israel) on the Gaza Strip,” David Heap of the GazaArk rights watchdog told AFP.

Many marchers were draped in the iconic Palestinian black-and-white keffiyeh scarf.

The peaceful protest wound its way from Habib Bourguiba Avenue to the embassy of Palestine some four kilometres (just over two miles away).

“We wanted to attend the forum which focused on a fundamental issue — then Palestinian cause,” said Ali Fayyad, a Hezbollah member of the Lebanese parliament who headed the party’s delegation to the forum.

Hundreds of workshops were held to discuss a variety of political and social problems, as well as the economic grievances behind the Arab Spring, the crisis in Europe and the role of women in the mostly Muslim Arab world.

Tunisian President Moncef Marzouki told the forum that his country, which emerged from decades of dictatorship with the overthrow two years ago of president Zine El Abidine Ben Ali, needs a new economic model to end poverty.

“The objective is to liberate from poverty two million Tunisians over the course of the next five years,” Marzouki said, without spelling out what he envisioned.

Tunisia is plagued by unemployment and riven by often deadly social unrest.

Without their economic and social rights being fulfilled, the liberties they acquired would be “without value,” Marzouki said, adding that, if a solution is not found, the country could be driven back into dictatorship.

The forum was also marked by some tensions, including a clash on Friday between Moroccans and Sahrawi independence activists. A Moroccan journalist who tried to film the skirmish was attacked, a member of the forum’s international council told AFP.

The WSF has its roots in 1999 street protests in the US city of Seattle but its first edition was held two years later in Brazil’s Porto Alegre.