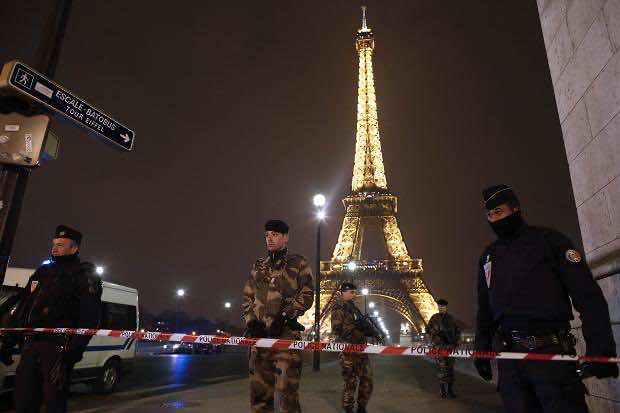 Visitors to the Eiffel Tower were evacuated following an anonymous phone call announcing an attack.

About 1400 people were evacuated and a security perimeter was set up around the monument on Saturday night, the source said.

The call came from the Paris suburbs and threatened an attack at 9.30pm (7.30am AEDT).

The anti-terrorism unit investigated and the tower was reopened about two and a half hours later after searches failed to find any suspicious objects.

Security has been stepped up across France amid concerns about threats to the country during its military campaign in its former colony Mali.

Bomb alerts targeting monuments and public places happen frequently in the French capital – and the tower was evacuated at least once last year and twice in 2011 – but all alerts are ‘‘treated very seriously,’’ the police source said.