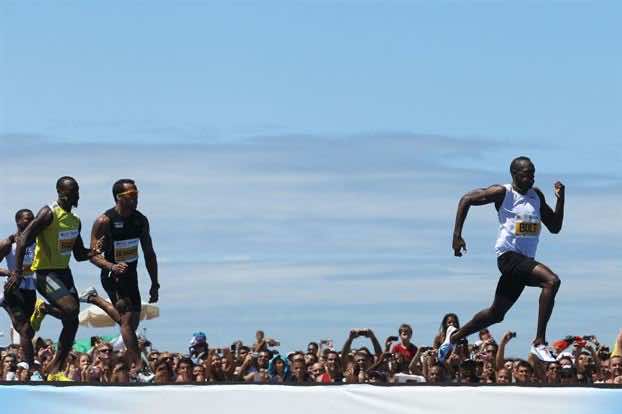 Antiguan sprinter Daniel Bailey came in second on Sunday at 14.88 seconds, followed by Brazilian Bruno Lins at 14.91 and Ecuadoran Alex Quinonez at 15.90.

Bolt said he was happy with the result, calling it a “good start” and saying he looked forward to returning to Brazil for the 2016 Summer Olympics.

Some 3,000 spectators attended the event, at a track set up on a beach popular with tourists, to watch sprinters compete in the rarely-raced distance.

After crossing the finish line, Bolt took off his shoes and hurled one of them into the stands. He later regretted the move when he felt how hot the track was and asked for a replacement.