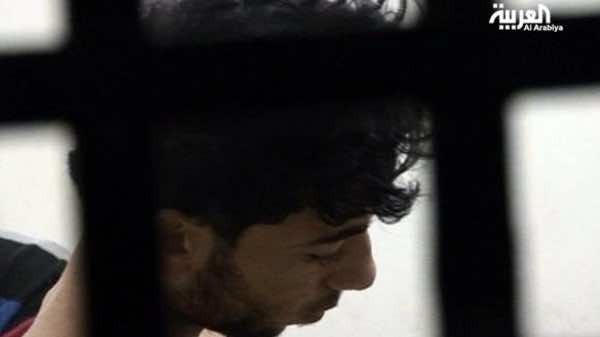 Al Arabiya’s correspondent Jomaa Akkash met with the prisoners, who were once loyal to Assad forces. The prisoners said they were not “ill-treated” by opposition fighters.

“We were policemen at [Raqqa] governor’s palace, we were armed but we didn’t fight. When they [opposition fighters] asked us to surrender we did, and we gave up our arms as well. The fighters allowed us to contact our families and we didn’t face any ill-treatment,” said a prisoner, former policeman.

The prison has 50 detainees and is separated into three different cells. Some of the captives were part of the Raqqa Police force while others received orders from the ruling Al-Baath party to carry out specific assignments.

While opposition fighters say the prisoners will appear in front of a religious court, negotiations are still underway with the Assad regime to finalize a new prisoners’ exchange deal.

“Negotiations are underway, and we are striving to do that to save the blood of Muslims. Some personalities interfered and things are moving,” said Abou Mousaab, a Free Syrian Army field commander.

According to the opposition, detaining the captured loyalists has nothing to do with sectarian motives as many of the detainees are Sunnis, and Alawites represent only a small minority.

“I was one of those who support Bashar Al-Assad and the Baath Party. Something blinded my heart and my thoughts. They [the regime] were telling us that the opposition fighters are our enemies, even more than the Israelis. I regret every second I spent supporting the so-called president or that [Baath] party. Nobody [opposition] hit me or insulted me,” said a prisoner.

Raqqa prisoners confirm that none of their peers have been tortured or killed.

However, Raqqa’s governor and secretary general of the Baath Party are both held at a secret prison, under the control of an Islamic group, the opposition said.