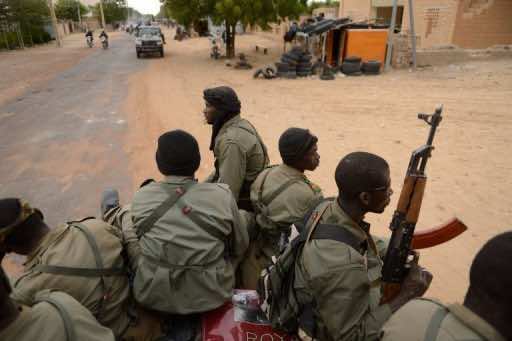 By late Sunday relative calm had been restored, after Islamist militants used the chaos created by a suicide bombing Saturday night to infiltrate the city and engage French and Malian troops in a day-long battle that left four more rebels, a soldier and a civilian dead.

“For the moment it’s calm in Timbuktu. We have the situation under control,” a Malian officer told AFP.

“Our team on the ground is sweeping (the city) and checking whether any jihadists are still active or not.”

A resident confirmed the fighting had died down. 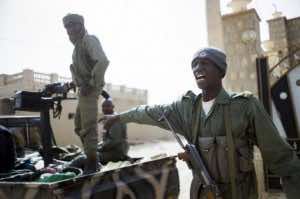 “There are no more gunshots, but everyone is staying home,” he said.

The Islamists began their assault late Saturday with a suicide bombing at an army checkpoint on the edge of Timbuktu that wounded a Malian soldier.

Militants then infiltrated the fabled Saharan city, which French and Malian soldiers recaptured from Islamist rebels in January after a 10-month occupation.

They opened fire on two sides of the city centre, targeting a Malian military base and a hotel serving as a temporary residence for the governor.

France sent in a unit of around 50 soldiers to help the Malian army and dispatched fighter jets to back them up.

Three Islamists and one Malian soldier were killed in the fighting, officials said.

A French soldier was wounded, the military said in Paris. Four Malian soldiers were also wounded, officials there said. 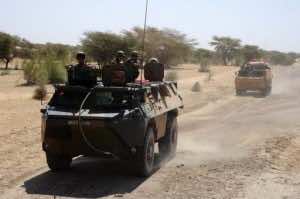 An army source requesting anonymity said a Nigerian civilian who had been taken hostage also died during a shoot-out between Malian troops and his captor — an Islamist rebel seen wearing a bomb-belt who had holed up in a house in the northern part of the city.

It was unclear whether the pair had been killed in the firefight or the hostage-taker had detonated his belt.

A Malian security source said occupants had been evacuated from the targeted hotel, including the regional governor and two foreign journalists.

Mali has been the target of a series of attacks claimed by Islamist insurgents since France launched a military operation in January against Al-Qaeda-linked groups occupying the north of the country.

The French-led operation has forced the extremists from the cities they seized in the chaotic aftermath of a military coup that overthrew Mali’s government in March 2012.

But French and African forces have faced continuing suicide blasts and guerrilla attacks in reclaimed territory.

On March 21, a suicide bomber blew up a car near the Timbuktu airport at the start of an overnight assault on the city.

One Malian soldier died in the blast. Around 10 Islamist fighters were killed in the ensuing fighting with French and Malian forces.

That assault was claimed by the Movement for Oneness and Jihad in West Africa (MUJAO), one of three Islamist groups that had seized the north.

MUJAO said it had “opened a new front in Timbuktu”, which had not come under attack since French-led forces entered the city on January 28.

No group has so far claimed last weekend’s attack.