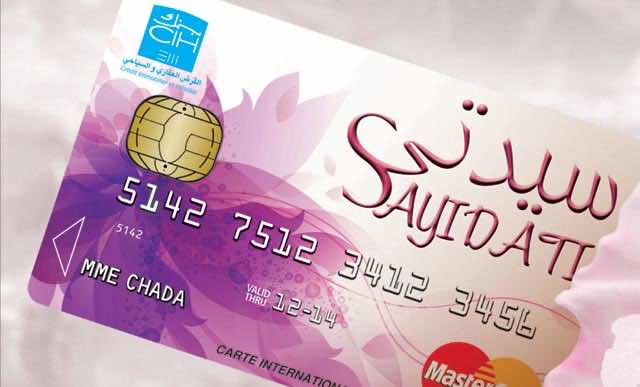 Available to holders of an account at CIH or to those whose spouses are customers of the bank, the new international card Sayidati allows cash withdrawal, international payment, in addition to the standard operational services (withdrawals, payments and local e-commerce),  respectively from automated teller machines (ATMs).

The card is operational with all merchants and foreign traders accepting MasterCard.

Furthermore, within the limit prescribed by the Exchange Office, the potential holders of the card Sayidati will be accorded an annual maximum of MAD 40, 000 ($4,500) for travel currency allocation, with ATMs and foreign merchants, and an additional MAD 10, 000 ($1,125) per year to buy foreign currencies on foreign sites.

Among other services granted by the card, an SMS is automatically sent to the cardholder whenever an international e-commerce transaction is conducted via Sayidati, or whenever the password is changed via CIH ATMs.

Moreover, owing it to a partnership with the French network Fabuleos (700 partners in France), Sayidati cardholders will benefit from discounts on purchases made on foreign websites.