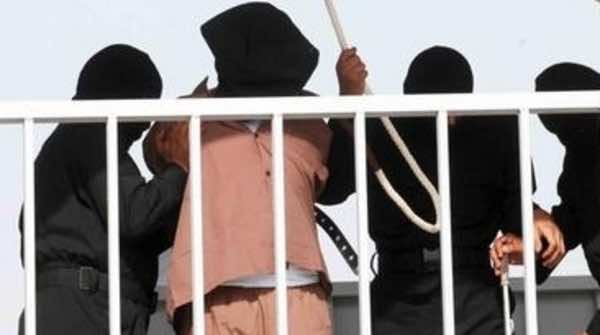 Authorities in Kuwait on Monday hanged three convicted murderers in the first executions in the Gulf state since May 2007, the ministry of justice said.

The men, a Pakistani, a Saudi and a stateless Arab, were hanged at the central jail, west of the capital Kuwait City, in front of judicial and security officials, the ministry said.

The Pakistani was convicted of killing a Kuwaiti couple and the Saudi of murdering a compatriot.

The stateless Arab was hanged for killing his wife and five children after claiming he was a long-awaited imam.

Shiite Muslims rever Islam’s twelfth imam, Mohammad Al-Mahdi, who disappeared from the earth in the tenth century and is said to be due to return to save mankind.

Kuwait had six years ago stopped executing convicts sentenced to death without providing an explanation.

The local Al-Sabas daily reported Monday that at least another 44 people are on death row.

They include two members of the Al-Sabah ruling family convicted over drugs trafficking and murder, and a woman who set a wedding tent ablaze in 2009 killing 57 people.

Kuwait has executed a total of 69 men and three foreign women since it introduced the death penalty in mid-1960. Most of those condemned have been convicted murderers or drug traffickers.