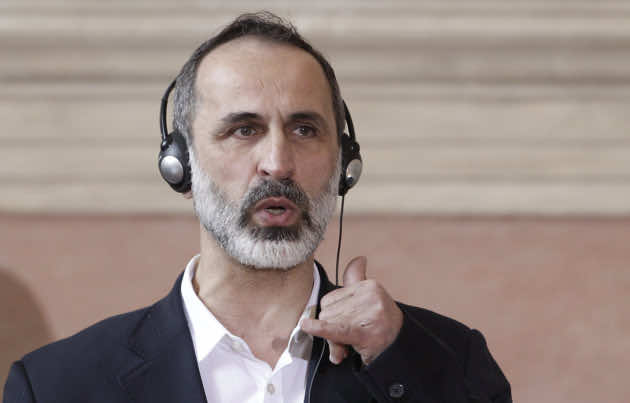 Algeria’s foreign minister said Monday that any decisions taken by just one Syrian group will have a “very short life”, after the opposition coalition was handed Syria’s seat at the Arab League.

“It is up to the Syrians to decide, and any decisions coming from just one Syrian group — more than that, any decision coming from a group of Syrians which is subject to external pressures — risk having a very short life,” said Mourad Medelci, speaking on national radio.

He did not elaborate on those external pressures.

Last week in Doha, on Qatar’s initiative and despite the reservations of Algeria and Iraq, the pan-Arab bloc handed Syria’s empty seat to the opposition coalition, whose chief Ahmad Moaz al-Khatib addressed Arab leaders.

Syria’s Arab League membership was suspended in November 2011 amid a brutal regime crackdown on a pro-democracy uprising that spiralled into a civil war which the United Nations estimates has killed more than 70,000 people.

Medelci on Monday reiterated Algeria’s policy of non-interference in the internal affairs of other nations, and insisted the Arab League charter did not allow a state’s membership to be given to “something that is not a state.”