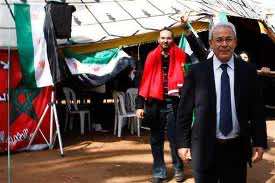 Some 400 Moroccans who were living in Syria have been repatriated back home at the Moroccan state’s expense because of the deteriorating security in this Arab country, a Moroccan diplomatic source said.

The Moroccan state has to date paid for the repatriation of some 400 Moroccans who were living in Syria, including a last group of 43 Moroccans repatriated last March 23, said the source.

The priority was given to those who lost their house and the impoverished ones living in the so-called “hot spots”.

Another 2,300 Moroccan nationals who were living in Syria returned to Morocco at their own expenses, says the same source which points out that consular services had estimated the number of Moroccans who were settled in Syria before the outbreak of the crisis at 3,000 individuals.

The Ministry in charge of Moroccans living abroad and the Ministry of foreign affairs and cooperation had made available to the embassy a budget to pay for the travel fees of Moroccans wishing to return to Morocco.

Since the crisis broke out in March 2011, the Moroccan embassy had taken a series of measures, including the opening of a cell to maintain contacts with Moroccans and a phone line to receive calls for help or assistance.