French president Francois Hollande is paying this April 3-4 a state visit to Morocco, seeking to “reinvent” partnership and new means that would maintain Morocco’s status as a “close and necessary partner” of France, sources and the Elysee say.

“French-Moroccan relations are fluid, excellent and intense both at the political level and as far as bilateral cooperation is concerned”, the sources said, adding that the stake of the visit is very important as it would allow to act so as to maintain a high-level relation and to develop it in the years and decades to come, according to the sources.

We have to define future cooperation actions with Morocco, “an economic partner of the future”, commented the source.

In addition to supporting the ongoing political and economic reforms, President Hollande’s visit ambitions to intensify the trend set three months ago in Rabat by the two countries’ high-level meeting co-chaired by Moroccan and French heads of government.

The French president will, thus, encourage French businesses operating in Morocco to continue to invest in Morocco in renewable energies, transports, urban services, youth and education, the source said.

There are over 750 affiliates of French enterprises in Morocco, including 38 that are listed on the French stock market. They employ around 120,000 persons.

Morocco is also the first destination of France’s private investments in Africa, with an amount of 5,6 billion euros in the 2000-2011 period.

For France, Morocco is a regional hub for French enterprises wishing to develop projects in West Africa, the Mediterranean or the Maghreb.

In this context and given Morocco’s central role within its region, France grants a large importance to re-launching the Maghreban construction and Euro-Mediterranean space, focusing on projects such as the trans-Maghreban highway and the reopening of land borders between Morocco and Algeria.

President Hollande is also accompanied by over 60 heads of enterprises who will attend the Morocco-France Economic forum. 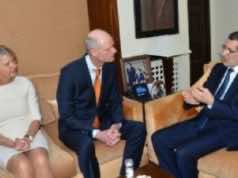 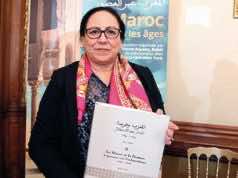 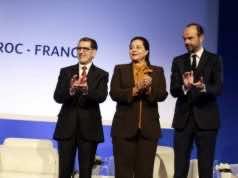