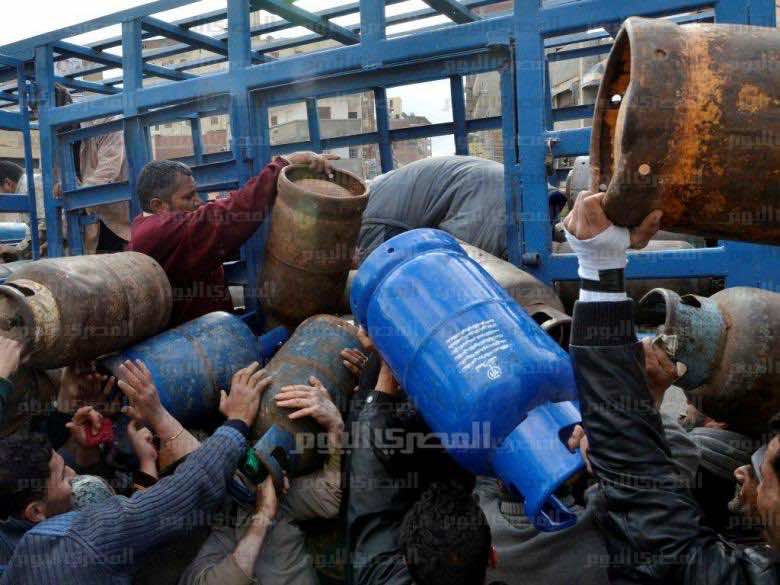 Cash-strapped Egypt on Monday hiked the price of subsidised cooking gas by 60 percent, triggering market chaos, officials and media reported, ahead of a visit by the IMF for talks on a $4.8-billion loan.

Ahram Online quoted an official from the domestic trade and supply ministry as saying the price of subsidised standard gas cylinders had been set at eight dollars ($1.15), from five pounds ($0.73) previously.

“Raising butane prices is one of the government’s steps to rein in its subsidy bill, in an attempt to meet the International Monetary Fund’s pre-conditions to secure a long-awaited $4.8-billion loan,” the news website said.

The IMF delegation is expected in Cairo in the coming days to resume talks on the loan.

The gas price hike sparked a work stoppage at warehouses across Egypt where the cylinders are kept, the state-run MENA news agency reported quoting Hossam Arafat, an official at the general federation of chambers of commerce.

The decision to raise the price was taken “suddenly” by the authorities without any prior notification given to managers of the warehouses and as a result triggered “confusion” on the market, Arafat said.

Ahram Online, the website of the pro-government Ahram newspaper, said 12 million Egyptian homes use gas cylinders for cooking and other domestic chores.

Only 4.5 million households in Egypt — the Arab world’s most populous nation with more than 80 million people — receive gas through pipes.

The measure is the latest by the authorities to help shore up the economy.

Maadawi said airport revenues were not enough to cover the cost of keeping the runways open.

Only one runway, at Terminal 3 — which serves as a regional hub — will remain open 24 hours a day.

The oil ministry last week admitted it does not have money to buy enough fuel for all of its power stations.

President Mohamed Morsi’s administration has been plagued by unrest and deadly clashes between protesters and police, blocking efforts to build broad-based support for a needed programme of economic reform.