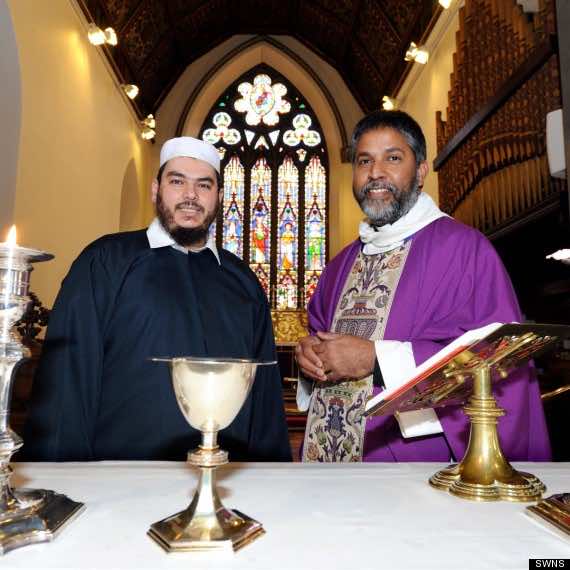 In a tolerance-laden move to put “love thy neighbor” into practice, St. John’s Episcopal Church in Aberdeen, Scotland, warmly invited Muslims to use some corners of the building for their daily five prayers.

The church took the initiative, particularly owing to the over-crowdedness of the neighboring mosque. “One day when I was walking past the mosque, I found 20 or 30 people outside on the ground around the pavement with their hands and feet exposed,” Reverend Isaac Poobalan was quoted by the Guardian as saying.

The building which was turned into a prayer room in 2006 is now named the Syed Shah Mustafa Jame Masjid mosque.

Besides other similar moves in the US, church leaders confirmed that this is the only place in the UK where Muslims pray in the church building.

It is worth mentioning that Christians and Muslims in Aberdeen have been on good terms for several years. On the 10th anniversary of the US terrorist attacks, Poobalan and the chief imam, held a spiritual meeting in which they read the Bible and the Qur’an.

“We had the sense that we were in this together and we really wanted to convey the message that, if we are genuinely seeking peace, we had to work together and pray together,” said Poobalan.

As the rector of St John’s church, Poobalan said in a statement, “Religion does not play a role when it comes to friendship and hospitality. They transcend the religious divide.”

According to the Guardian, nearly 100 Muslims now pray in the building.

The church, which belongs to the Anglican Communion, is part of the Scottish Episcopal Church.

While there are still some struggles between Christianity and Islam in other parts of the world, this move should be looked at as an example of tolerance and mutual respect that can be used to ease tensions and misunderstanding of the other on both sides.