Morocco World News
Home News Middle-East Palestine: The Commemoration of the martyrs of 1976 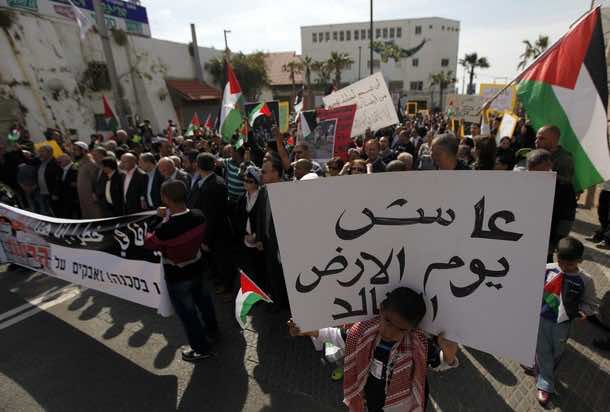 Israeli Arabs and Palestinians have marked last Saturday the 37th anniversary of “Earth Day,” thus commemorating the death of Israeli Arabs during the protests against land confiscation by Israel on 30 March 1976.

According to the newspaper L’Opinion, the commemoration took place in Sakhnin, an Arab town in northern Israel, where the memorial of the six Arab protesters killed in 1976 is located.

The mayor of the city, Mr. Mazen Ghanaim, paid tribute to the “martyrs” and called on the Palestinians to continue fighting for their land.

A thousand of protesters also marched at the crossroad Shoket, in the Negev desert in favor of a Palestinian state and in solidarity with Palestinian prisoners in Israel.

They also denounced a recent plan of the government presented by Prime Minister Benjamin Netanyahu to settle tens of thousands of Bedouin in the Negev desert, and criminated Israel of annexing Bedouin lands.

“The presence of our people in every corner of our land will remain as deeply rooted as the olive tree,” said Mr. Fayyad.

Israeli police dispersed the gathering and confiscated the olives, said Luba Samri, a spokesperson for the police.