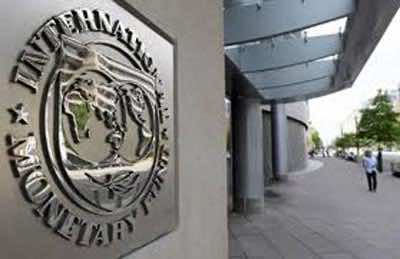 The International Monetary Fund could change the size of a $4.8 billion financing programme for Egypt, its Middle East director said on Tuesday ahead of fresh talks in Cairo on the package in the coming days.

“The size may vary. It’s a question of needs and what’s required,” Masood Ahmed told reporters on the sidelines of a meeting of regional finance ministers in Dubai.

Ahmed is expected to hold fresh talks on the long-mooted loan package later this week.

After talks last month, he welcomed the Egyptian government’s “determination to move forward with their economic reform programme” but said that negotiations were likely to continue for some weeks.

The IMF has said that it could provide an emergency short-term loan to Egypt if needed, as talks on the longer-term financing programme drag on.

But the global crisis lender said Cairo would have to show its commitment to reform even to receive a loan from its Rapid Financing Instrument programme.

In a meeting with Egyptian business leaders in Cairo last month, US Secretary of State John Kerry stressed the importance of the IMF loan, which is partly conditioned on a measure of agreement between the Islamist-led government and the mainly secular opposition.

“It is paramount, essential, urgent that the Egyptian economy gets stronger, that it gets back on its feet,” he said. “It is clear to us that the IMF arrangement needs to be reached. So we need to give the marketplace the confidence.”