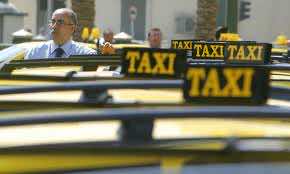 Egyptian taxi drivers stormed the gates of the finance ministry in Cairo on Tuesday during a protest against the terms of
loan payments on their cars, security officials said.

Other taxi drivers in the protest were upset that the government had not yet replaced their old black and white taxis with the more recent white cars that are equipped with metres.

Ministry employees armed with clubs and chairs prevented the drivers from entering the building.

Egypt had replaced most antiquated black and white taxis in Cairo with more modern white ones over the past four years, but some older models were not eligible for the programme.

The new taxis were bought through financing, and many drivers now say they cannot afford to keep up with payments amid increasing inflation.

Taxis, relatively cheap compared with Western fares, are one of the main forms of transportation in Cairo.