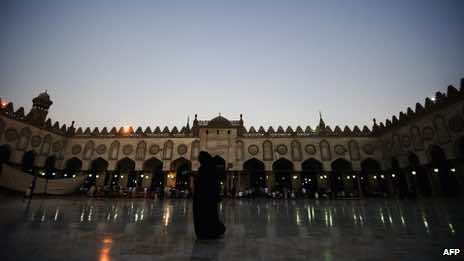 Students stormed the gates of the Cairo headquarters of Egypt’s Islamic Al-Azhar University on Tuesday after hundreds suffered food poisoning at a dormitory, security officials said.

The protest took place as President Mohamed Morsi visited students hospitalised after eating contaminated food on Sunday evening, with the health ministry saying hospitals in the capital were treating 561 students.

No violence was reported at the protest, and the state prosecutor has ordered an investigation into the food poisoning.