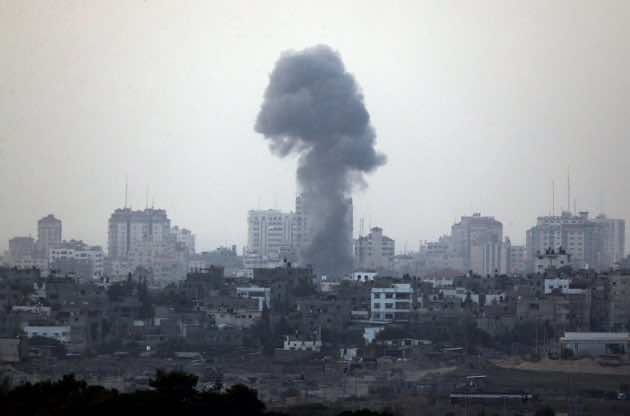 They said that the strikes, the first since the end of a deadly eight-day confrontation between Israel and Hamas militants in November, hit in two spots close to Gaza City and one other site further north toward the frontier with Israel. Nobody was injured.