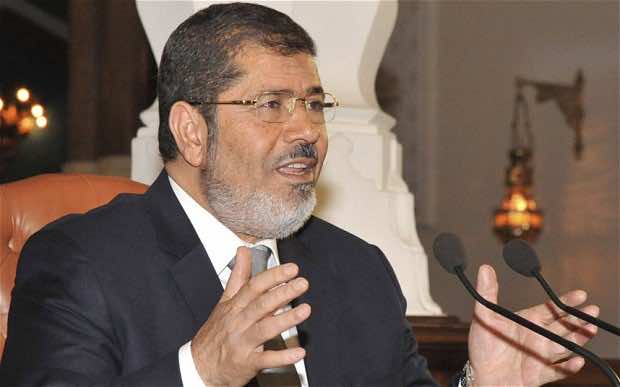 President Mohamed Morsi on Wednesday stressed Egypt’s commitment to freedom of expression, insisting his office was not behind a probe against a popular satirist that has raised international concerns.

“The presidency reiterates the importance of freedom of expression and fully respects press freedom,” Morsi’s office said in a statement.

It denied having filed any complaint against satirist Bassem Youssef, whose wildly popular show Albernameg offers a biting critique of Egyptian politics and public figures.

Youssef is out on bail facing accusations of insulting Morsi and Islam, and he now faces a new investigation for “threatening public security.” “The presidency has not filed any complaint against stand-up comedian Bassem Youssef,” Morsi’s office said, stressing that “the current well-publicised claims were initiated by citizens rather than the presidency.” Under Egypt’s legal system, complaints are filed to the public prosecutor, who decides whether there is enough evidence to refer the case to trial.

Suspects can be detained during this stage of investigation.

The soaring number of legal complaints against journalists has cast doubt on Morsi’s commitment to freedom of expression – a key demand of the popular uprising that toppled his predecessor Hosni Mubarak in 2011.

Youssef’s high profile case prompted the United States to express “real concerns” about the direction being taken by the Egyptian government.