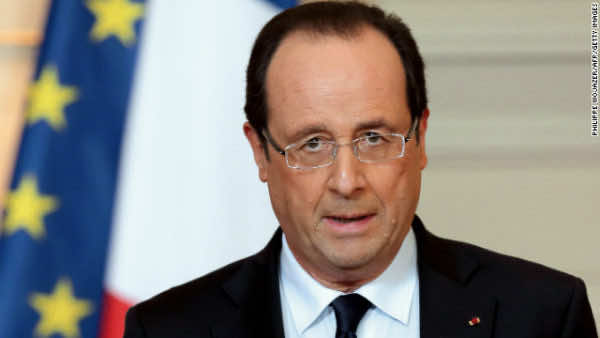 Hollande, who was welcomed by King Mohammed VI at Casablanca, sought to limit the fallout from the scandal and insisted before leaving Paris that ex-budget minister Jerome Cahuzac who was charged in a tax fraud probe “did not benefit from any protection.”

He has been quick to condemn Cahuzac’s actions, saying he knew nothing about a secret foreign account belonging to the former minister who was once responsible for cracking down on tax evasion, but critics have pounced on the scandal.

After greeting Moroccan crowds in Casablanca, the country’s economic capital, the president will hold talks with the king and then speak to the city’s French community, an occasion when he will be hard pushed to avoid the tax scandal.

Also on Wednesday, Hollande, who is accompanied by at least eight ministers and 60 French business leaders, will oversee the signing of some 30 accords and contracts, notably in the transport, agriculture, water treatment and renewable energy sectors.

On Thursday, Hollande will head to Rabat for a meeting with Prime Minister Abdelilah Benkirane and a keenly awaited speech to the Moroccan parliament.

Hollande vows to ‘go all the way’ to clean French politics