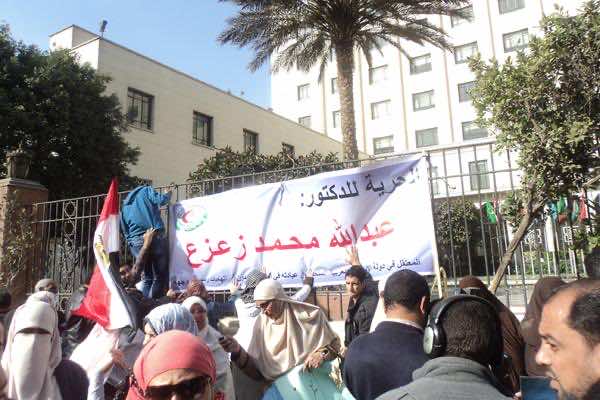 CAIRO, April 3, 2013 (AFP) – Egypt summoned on Wednesday the United Arab Emirates charge d’affaires to urge a quick conclusion to an investigation into detained Egyptians suspected of links to the Muslim Brotherhood. The foreign ministry said it also demanded that relatives of the detained Egyptians be allowed to visit them.

The New-York based Human Rights Watch in February said the UAE was holding 13 Egyptians, while local Emirati media reported 11 detainees. Ahmed al-Manahly, the UAE’s charge in Cairo, “affirmed he would immediately relay this message and inform us of the response,” the ministry said in a statement.

The UAE has strained relations with Egypt’s ruling Muslim Brotherhood movement, which has international chapters.

The detained Egyptians are suspected of leading a Brotherhood cell that collected sensitive information and had links to Emiratis in custody on suspicion of national security offences.

The UAE, a federation of seven emirates led by oil-rich Abu Dhabi, has not seen any of the widespread pro-reform protests that have swept other Arab countries, including fellow Gulf states Bahrain and Oman.