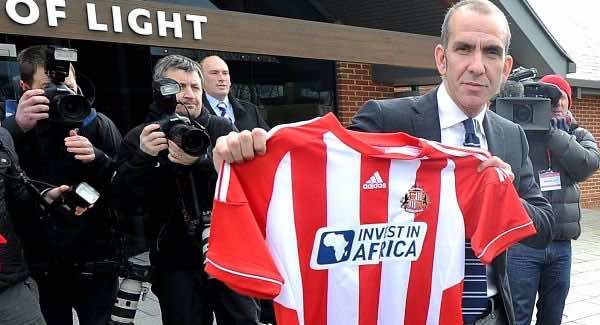 New Sunderland manager Paolo Di Canio has addressed controversy over his political beliefs by declaring that he is not a racist and “does not support the ideology of fascism”.

The appointment of the 44-year-old was fiercely criticised in some quarters, as he told an Italian news agency in 2005 that he was “a fascist, but not a racist” and was pictured giving a fascist salute to fans during his time with Italian club Lazio.

Sunderland’s decision to select him as the successor to Martin O’Neill prompted the immediate resignation of the club’s vice-chairman, former foreign secretary David Miliband, while a local trade union described the move as “a betrayal and a disgrace”.

Anti-discrimination group Kick it Out also called on him to clarify his political opinions.

Di Canio declined invitations to elaborate on his political views during his introductory news conference on Tuesday, but faced with mounting criticism, he issued a statement on the Sunderland website on Wednesday.

“I have clearly stated that I do not wish to speak about matters other than football, however, I have been deeply hurt by the attacks on the football club,” he said.

“This is a historic, proud and ethical club and to read and hear some of the vicious and personal accusations is painful. I am an honest man, my values and principles come from my family and my upbringing.

“I feel that I should not have to continually justify myself to people who do not understand this, however I will say one thing only – I am not the man that some people like to portray.

“I am not political, I do not affiliate myself to any organisation, I am not a racist and I do not support the ideology of fascism. I respect everyone.

“I am a football man and this and my family are my focus. Now I will speak only of football.”