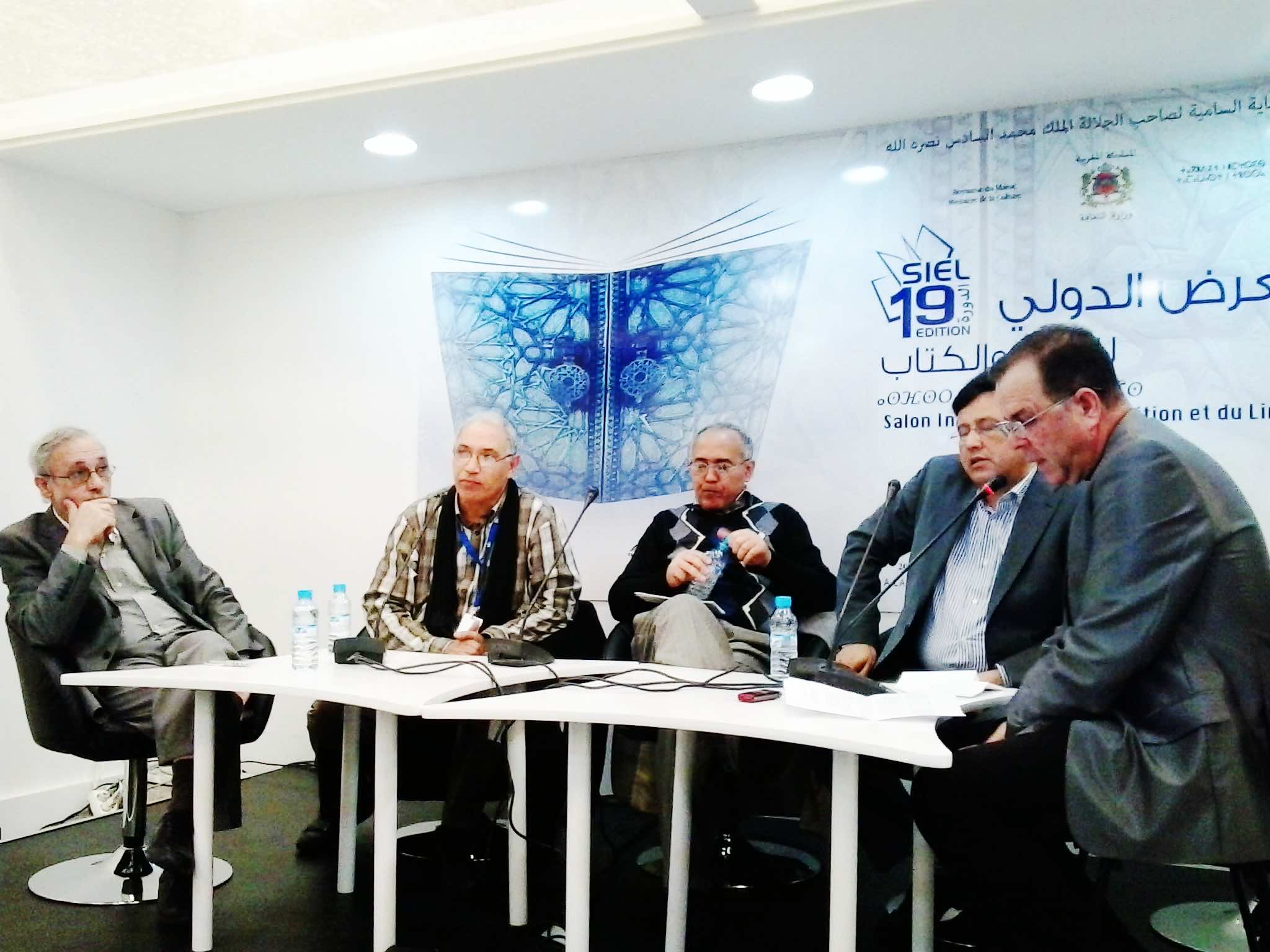 Moulay Driss Jaidi examined the visual representation of the Moroccan culture in the World Wide Web.  His exploratory research led him to realize that the predominant pictures disseminated in the web tend to depict Moroccan historical monuments, traditional rituals and ceremonies such as weddings and tea parties.  Indeed, a large plethora of these pictures show the various manifestations of the Moroccan folklore.

Mr. Jaidi notes a general propensity towards constraining the Moroccan culture into the narrowness of placid clichés and stereotypes that either oversimplifies or generalizes a limited number of cultural traits.

On the other hand, the panelists pointed out that the flow of images in the digital age has engendered a state of confusion in the perception, the analysis and the positioning of the Self vis-à-vis these images.  The Moroccan film maker Saad Shraibi considered that the omnipresence of pictures in the daily life has ushered in a new era that of the “No-Image”.

Shraibi argues that the traditional concept of the image is no longer valid, adding that new era of visual alienation puts the receiver of the image into a state of estrangement and passivity. Thus, the relation between the individual and the image is incrementally disintegrated which impeded the cultivation of culture through the image.

Saad Shraibi concluded his intervention by pointing out that the over- accessibility of the image has trivialized the interaction between the picture and the receiver, since the image has become a mundane commodity rather than a vehicle of identity and meaning.

The 19th edition of the Casablanca book fair (SIEL) opened its door to visitors to a broad spectrum of exhibitors and publishing houses last Friday March 29th.

This year’s edition offers visitors a comprehensive and varied program revolving around the consolidation of cultural exchange between Moroccan writers and their Egyptian counterparts.

A number of panel discussions and seminars with renowned writers from Latin America have been scheduled as a result of the close coordination with the Embassies of Latin American countries.

This year’s edition receives also Libya as a guest of honor by paying tribute to its wealthy cultural legacy.  A number of discussions and poetry reading sessions by Libyan novelists and poets is scheduled throughout the Book fair.