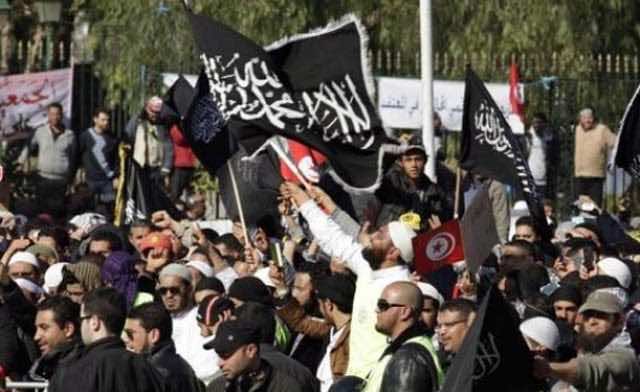 A Tunisian Salafist who fought in Syria was arrested on Wednesday after defending jihad, or Islamic holy war, in a television broadcast, a justice ministry source said.

Abou Zeid Ettounsi was detained under an arrest warrant issued by the public prosecutor after appearing on a private Tunisian TV channel, which questioned him about Tunisians taking part in the Syrian conflict, the source added.

During the programme, Ettounsi sparked controversy by admitting having killed several people in the war-ravaged country and saying he was ready to wage jihad in Tunisia if such a fatwa, or religious edict, were issued.

The justice ministry said the public prosecutor launched an inquiry into Ettounsi based on statements supplied by Tunisia’s anti-terrorist squad.

The judiciary opened an investigation in mid-March into a network recruiting and sending Tunisians to fight Syrian President Bashar al-Assad’s forces alongside Islamist insurgents.

The media has accused mosques of playing a key role, saying some imams urge young Tunisians to go to Syria.

Some civil activists and secular opposition parties have also accused the ruling Ennahda party of failing to rein in Tunisia’s radical Muslims, but the moderate Islamist party insists it firmly opposes armed jihad.

No official numbers have been given on Tunisians fighting in Syria, but jihadist websites say dozens have been killed during the two-year conflict.