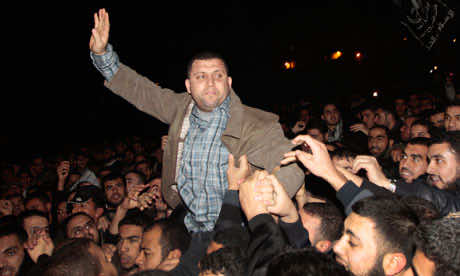 An Egyptian intelligence officer on Wednesday denied media reports that a top Hamas military commander was wanted by Cairo in connection with the killing in August of 16 border guards.

But an intelligence official dismissed the report as “completely false.”

“We categorically deny this,” the official said.

The presidency said investigations into the attack “have not yet finished,” state television reported.

Hamas spokesman Taher al-Nunu told AFP that Al-Qassam Brigades had nothing to do with the August 5 Sinai attack.

On that day, Islamist militants staged a bloody ambush on an Egyptian security post, killing 16 border police before crashing an armoured vehicle and a truck through the Israeli border fence and being killed in an Israeli air strike.

Egypt’s military later launched an unprecedented campaign in the lawless Sinai Peninsula to flush out the militants.

The accusations against Hamas, which is ideologically linked with Egypt’s ruling Muslim Brotherhood movement, come amid increased tensions between the Islamists after Egypt began destroying smuggling tunnels to neighbouring Gaza.

A Hamas official told AFP his group was concerned it had become a “pawn” in a political battle between Islamist President Mohamed Morsi and his liberal-leaning opposition.

Hamas’s deputy chief, Mussa Abu Marzuq, has been based in Cairo since the militant group’s political leadership left Damascus in 2012.

He has met Egyptian opposition figures “to remove Hamas from the Egyptian domestic equation,” the Hamas official told AFP.