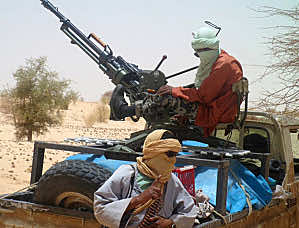 A policeman was killed and two wounded on Wednesday when they were ambushed by Islamists in the Medea region 90 kilometres (55 miles) south of the capital, a security source told the APS news agency.

The attack came as police were providing security for the convoy of a local official, the source said, adding that one police officer died instantly when the gunmen opened fire at around 1200 GMT.

During Algeria’s civil war in the 1990s, the Medea area was a bastion of the Armed Islamic Group (GIA), one of the most feared extremist Islamist movements.