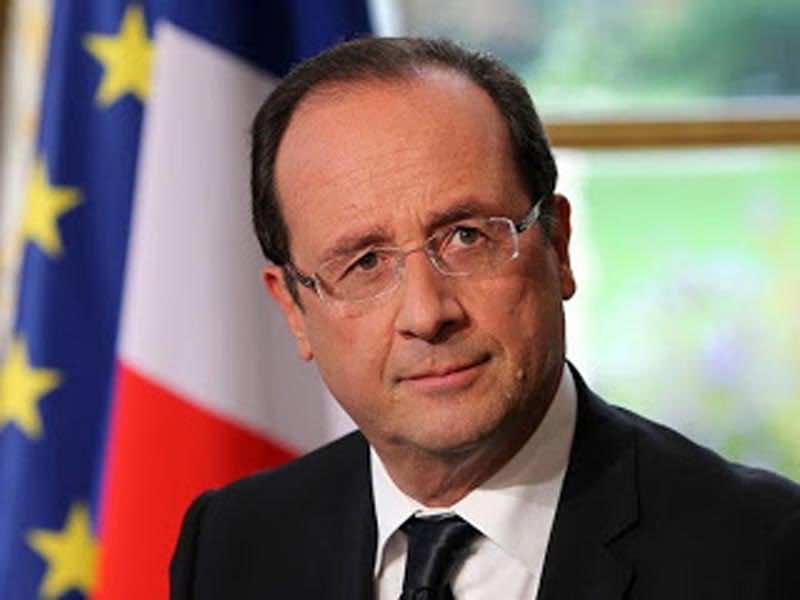 President Francois Hollande arrived in Morocco on Wednesday amid an explosive tax fraud scandal in France that has overshadowed his landmark two-day visit to the former French colony.

Hollande, who was welcomed by King Mohammed VI in Casablanca, has sought to limit the fallout from the scandal and insisted before leaving Paris that ex-budget minister Jerome Cahuzac who was charged in a tax fraud probe “did not benefit from any protection.”

On the eve of Hollande’s visit, the former minister once responsible for cracking down on tax evasion was charged with “laundering the proceeds of tax fraud” after finally admitting having had a foreign bank account for around 20 years.

The president has been quick to condemn Cahuzac’s actions, saying he had committed an “unforgivable moral error” and denying any knowledge of his secret foreign account.

But critics have pounced on the scandal, the biggest political crisis since Hollande came to power last May, which has eclipsed French news coverage of the Morocco trip aimed at boosting bilateral ties.

As the embattled president began his visit, followed by a large French press corps, Prime Minister Jean-Marc Ayrault faced a barrage of questions in the National Assembly in Paris, with the opposition demanding accountability.

In a square in the city centre, Hollande was greeted by a cheering but sparse Moroccan crowd amid rain and occasional thunder, before heading to the royal palace for talks with the king.

At the palace dozens of cooperation accords were signed by ministers and business leaders, notably in the transport, agriculture, education and renewable energy sectors.

Speaking to the French community in Casablanca afterwards, the president laid the emphasis firmly on “consolidating the friendship” and “confirming the ties” between the two countries, making only oblique reference to the political crisis in France.

He is due to hold a news conference in Rabat on Thursday evening at the end of his visit, after meeting Moroccan Prime Minister Abdelilah Benkirane and addressing parliament.

“He will use this forum to speak on the main issues” in the region, including Syria, Mali, the Arab Spring and Middle East peace process, said a source travelling with him.

Hollande is likely to emphasise that “Morocco has found the right path, is going in the right direction, in the context of the Arab Spring, which offers much potential but also brings risks,” according to a French diplomat.

He will also hail “the very clear position” of the king in favour of the French intervention in Mali, expressed at an Islamic summit in Cairo in early February.

Morocco was upset that the president chose to visit its arch north African rival Algeria on his first visit to the French-speaking region three months ago.

But the page has since been turned in French-Moroccan relations, which Paris has described as “intense and fluid,” stressing Hollande’s good rapport with the king, who was the first head of state he received on becoming president.

Human Rights Watch has urged the French leader to press Moroccan officials about “persistent” rights abuses in the kingdom, including torture in detention, unfair military trials, curbs on press freedom and the exploitation of child domestic workers.

On the Western Sahara, the ex-Spanish colony annexed by Morocco in 1975 in a move not recognised by the international community, France continues to support Rabat’s proposal of autonomy under its sovereignty as a “serious and credible basis” for talks, and seeks a negotiated solution brokered by the UN.

Algeria-backed Polisario Front separatists, who are demanding that Sahrawis be allowed to vote in a referendum on self-determination, called on Tuesday for France to revise its position.