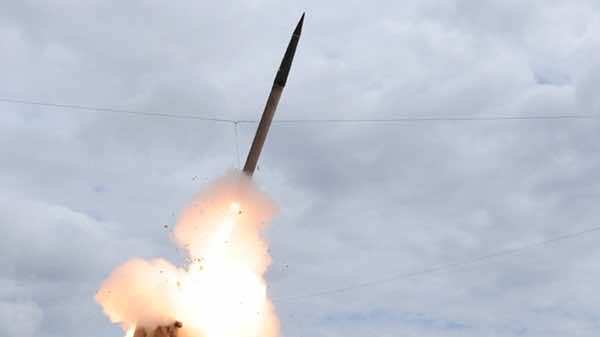 The White House on Wednesday told North Korea to stop making threats after the isolated state dramatically upped its warlike rhetoric and said it had approved nuclear strikes on the United States.

“North Korea should stop its provocative threats and instead concentrate on abiding by its international obligations,” said National Security Council spokeswoman Caitlin Hayden.

The North Korean military said on Wednesday that “the moment of explosion is approaching fast,” warning that war could break out “today or tomorrow.”

Tension was also high on the North’s heavily-fortified border with South Korea, after Kim Jong-Un’s isolated regime barred South Koreans from entering a Seoul-funded joint industrial park on its side of the frontier.

In a statement published by the state KCNA news agency, the Korean People’s Army general staff warned Washington that U.S. threats would be “smashed by… cutting-edge smaller, lighter and diversified nuclear strike means”.

“The merciless operation of our revolutionary armed forces in this regard has been finally examined and ratified,” the statement said.

But, while Pyongyang has successfully carried out test nuclear detonations, most experts think it is not yet capable of mounting a device on a ballistic missile capable of striking U.S. bases or territory.

Mounting tension in the region could however trigger incidents on the tense and heavily-militarized border between North and South Korea.

There was no immediate American reaction to the North’s latest statement, but U.S. Defense Secretary Chuck Hagel said Pyongyang represented a “real and clear danger” to the United States and to its allies South Korea and Japan.

“We are doing everything we can, working with the Chinese and others, to defuse that situation on the peninsula. I hope the North will ratchet its very dangerous rhetoric down,” he said.

The Pentagon said it would send ground-based THAAD interceptor batteries to protect U.S. bases on the island of Guam, complementing two Aegis anti-missile destroyers already dispatched to the region.

The THAAD (Terminal High Altitude Area Defense) is a truck-mounted system that can pinpoint an enemy missile launch, track the projectile and launch an interceptor to bring it down.

Guam is a U.S. island territory 3,380 kilometers (2,100 miles) southeast of North Korea in the Pacific and is home to 6,000 American military personnel, as well as bases for submarines and strategic bombers.

The new defensive measures came as Pyongyang stopped South Korean staff members from entering the Kaesong complex, a shared industrial zone funded by Seoul but 10 kilometers inside the North.

Pyongyang said the 861 South Koreans already in the zone could leave, but the move cut the last practical cooperation between the rival powers and was seen as a dramatic escalation in the crisis.

South Korea’s defense ministry said it had contingency plans that included “military action” if the safety of its citizens in Kaesong was threatened.

China, the North’s sole major ally, appealed for “calm” from all sides and Russia’s Deputy Foreign Minister Igor Morgulov said he was worried that the situation could spiral out of control.

“Otherwise,” the ministry warned, “not only will inter-Korean relations be negatively affected but North Korea will invoke greater criticism and isolation from the international community.”

It said 33 South Koreans had returned from Kaesong, with hundreds staying on to keep their companies running smoothly.

Around 53,000 North Koreans work at 120 South Korean plants at the complex, which was still operating normally Wednesday.

Tensions have soared on the Korean peninsula since December, when the North test launched a long-range rocket. In February, it upped the ante once again by conducting its third nuclear test.

This week, the North warned it would reopen its mothballed Yongbyon reactor — its source of weapons-grade plutonium. The North shut down Yongbyon in July 2007 under a six-nation aid-for-disarmament accord.

Experts say it would take at least six months to get the reactor back up and running, after which it will be able to produce one bomb’s worth of weapons-grade plutonium per year.