Casablanca- A significant contributor to Moroccan civil society  and the founding President of the association "Feminine Solidarity," Aicha Ech-Chenna has been nominated Knight of the Legion of Honor of France, the French Official Bulletin announced on March 31. 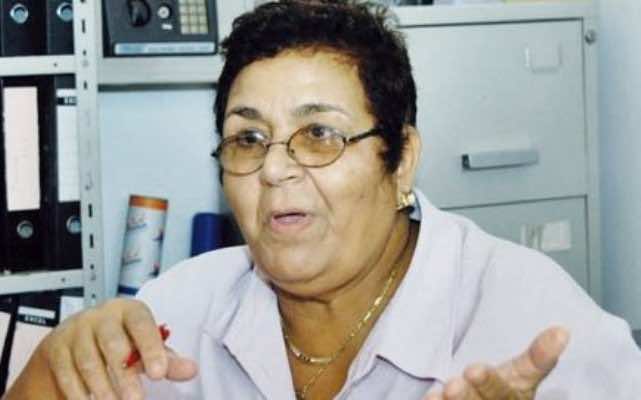 By
youssef sourgo
-
Youssef Sourgo is currently a Master’s student in Linguistic and Literary studies at Ain Chok Faculty of Letters and Humanities.
Apr 3, 2013
Spread the love

Casablanca- A significant contributor to Moroccan civil society  and the founding President of the association “Feminine Solidarity,” Aicha Ech-Chenna has been nominated Knight of the Legion of Honor of France, the French Official Bulletin announced on March 31.

The reason behind Ech-Chenna’s prestigious nomination was the 51 years she spent in the service of unmarried Moroccan mothers.

Ech-Chenna is part of the 2013 promotion for the Legion of Honor, alongside prominent figures such as Charles Fries, the Ambassador of France in Morocco (Knight), Françoise Barré-Sinoussi, who holds a Nobel Prize in medicine for her co-discovery of HIV (Grand Officer), as well as the former footballer Lillian Thuram, and other French and foreign personalities.

Aicha Ech-Channa was born in 1941 in the Medina of Casablanca. She spent her childhood in Marrakech and returned to Casablanca in 1953 to continue her studies at the French school Foch and Joffre High School, before joining the Nursing State School where she earned a diploma.

She has also worked in support of family planning and joined the National Union of Moroccan Women in Casablanca before creating the association “Feminine Solidarity,” whose mission is to help single mothers take care of themselves.

Ms. Echenna was awarded the Opus Prize for this action, in November 2009 in Minneapolis (USA).

In 1995, she was awarded the Human Rights prize of France.