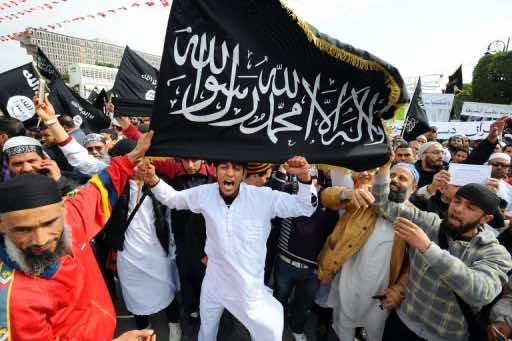 Extra security forces were deployed Thursday at Tunis airport after radical Islamist websites called for a big turnout to
welcome a Salafist sheikh evicted from Egypt for falsifying travel papers for jihadists.

Police manned checkpoints around the airport to keep Salafists away from the building, an AFP photographer reported, while armed police with dogs patrolled the arrivals hall.

No incidents were reported by late morning, except the arrest of a bearded man.

Imed ben Salah, also known as Abou Abdallah Ettounsi, was arrested on March 21 and ordered out of Egypt, according to local press reports, for organising the falsification of documents to help jihadists travel to combat zones.

His flight to Tunis was due to arrive early on Thursday afternoon.

Since its January 2011 revolution, Tunisia has witnessed a proliferation of jihadist groups, which have been blamed for a wave of deadly attacks, notably on the US embassy in Tunis last September that left four of the assailants dead.

The judiciary opened an investigation in mid-March into a network recruiting and sending Tunisians to fight Syrian President Bashar al-Assad’s forces alongside Islamist insurgents.