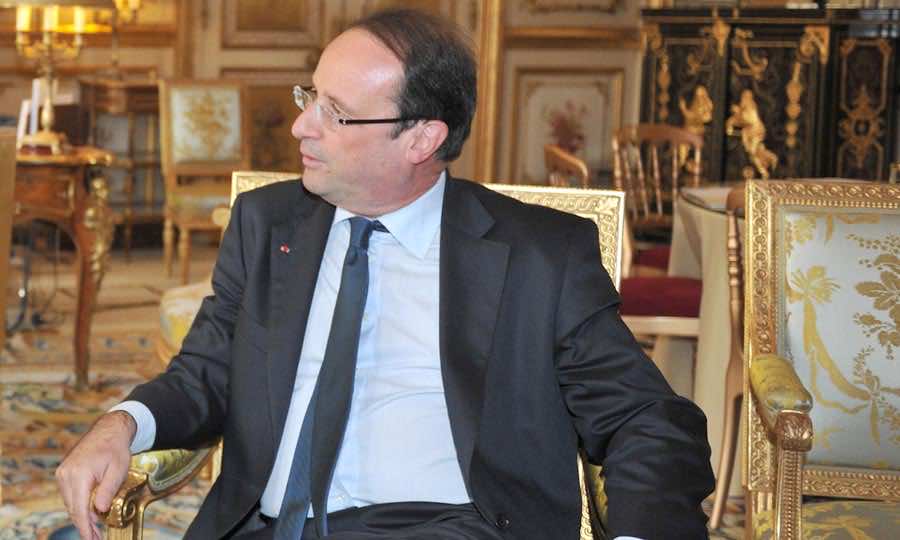 French President Francois Hollande hailed the”decisive steps” taken by Morocco towards democracy, in a speech to parliament on Thursday, during a visit to the kingdom overshadowed by a tax fraud scandal at home.

“Every day, your country takes decisive steps towards democracy,” Hollande said, praising the new constitution introduced by King Mohammed VI in 2011 in response to Arab Spring protests and designed to curb his near-absolute powers.

On Wednesday, the first day of his landmark two-day visit, Hollande managed to avoid reference to his ex-budget minister Jerome Cahuzac, charged this week in a tax fraud probe after finally admitting to having a secret foreign bank account.

But the scandal, seen as a political tsunami in France, will be harder to avoid when the embattled president holds a news conference at the end of his trip later on Thursday, attended by a large French press corps. Hollande has been quick to condemn Cahuzac’s actions, saying he had committed an “unforgivable moral error” and denying any knowledge of his secret foreign account.

He also vowed a new law within weeks to scrutinise the wealth of ministers and parliamentarians.

But critics have pounced on the scandal, the biggest political crisis since Hollande came to power last May, which has eclipsed French news coverage of the Morocco trip aimed at boosting bilateral ties.

Speaking in parliament, Hollande highlighted the “stability” of the north African country and the “tolerance” guaranteed in the new constitution, which he said “recognised the diverse character of Morocco’s identity.”

“I also know that, despite this progress, there are still expectations… There is impatience everywhere… But I know that you have the desire to face up to and achieve what you have promised the Moroccans,” he added.

Opposition activists have voiced frustration at the slow progress made in translating changes proposed in the constitution into law, and at the bleak economic prospects for Morocco, where poverty is widespread especially in rural areas.

Youth unemployment prompts daily protests in the capital, although the mass pro-reform demonstrations witnessed in 2011 largely ceased after elections that year.

Hollande warned that a solution to the conflict in Western Sahara, where a UN peacekeeping force has been deployed for two decades, was more important than ever given the Islamist revolt raging in northern Mali.

“The economic potential is enormous. But I am also aware of the obstacles, and the question of the Western Sahara, which has been waiting to be resolved for more than 30 years,” he told Moroccan lawmakers.

“The current stand-off is detrimental to everyone, to the separated families, to the refugees, to the tensions between the Maghreb countries. And the crisis in the Sahel makes it more urgent to put an end to this situation,” he said.

But he renewed French backing for former colony Morocco’s insistence on its sovereignty over the territory and its refusal to negotiate more autonomy for the native Sahrawis, drawing warm applause from parliamentarians.

Polisario Front separatists reject Rabat’s autonomy plan, insisting instead on the right of the Sahrawi people to a referendum on self-determination.

One of Hollande’s top priorities is to encourage French businesses to invest in Morocco, after France was overtaken by Spain in 2012 as the top exporter to the country of 32 million people.

At the royal palace on Wednesday some 30 bilateral accords worth an estimated 300 million euros were signed by French ministers and company executives, notably in transport.

Morocco was upset that Hollande visited its arch north African rival Algeria on his first visit to the French-speaking region three months ago.

But the page has since been turned, with Hollande on Wednesday thanking the king for supporting France’s military intervention in Mali, while congratulating him on having “anticipated the Arab Spring.”

Hollande vows to ‘go all the way’ to clean French politics